Remembering George Floyd a year later and how a group of regular people changed the world. 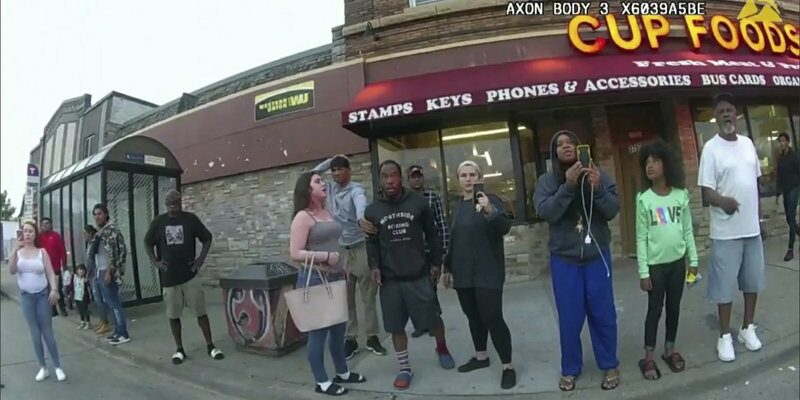 May 26, 2020 — Much of the country was slowly accepting that COVID-19 was a much more severe crisis than anyone could have imagined. Some were settling into their new normal of group binges of quirky series and homemade sourdough bread, while others were unsure how they would make ends meet amid lockdowns, layoffs, and work stoppages. The seemingly endless social media timeline more than ever became a source of hope, entertainment, and our connection to the outside and to each other. However, a much darker scene was unfolding in Minneapolis, Minnesota.

Just the day before, a teenage cashier called police to a neighborhood market in South Minneapolis to report that a man had passed a counterfeit $20 note. Suddenly our timelines and the international conversation changed as we watched for nine minutes and 30 seconds as the life left George Floyd’s body under the knee of a recalcitrant Derek Chauvin.  The cell phone video captured by then 17-year old Darnella Frazier is distressing, and onlookers can be heard trying to intervene on Floyd’s behalf, imploring Chauvin to have mercy on Floyd.

Though there are no comprehensive official government agencies that track police-involved violence data, the independent Mapping Police Violence reveals that more than 1,000 unarmed people died as a result of police violence between 2013 and 2019, with Black people making up 28% of those killed by police in 2020, despite being only 13% of the population.

American society is so accustomed to police violence; it can be too easy to look away. We avoid the news, accept state-sanctioned violence as an unfortunate reality, and concede that policing is necessary to maintain law and order.  But something was different this time in the hours following Floyd’s murder, and cell phone footage of the incident circulated internationally. People simply couldn’t choose to look away from the sight of an unarmed Black man subdued and in custody dying under the knee of a white officer, flanked by his fellow officers.

Their apathy and disregard for Floyd’s humanity were palpable and would fuel a movement. In the hours and days that followed Floyd’s death, protests erupted around the country and similar demonstrations of support worldwide. The New York Times reported that the Black Lives Matter protests of May 2020 might be the largest movement in history. Some 26 million people mobilized in protest against the murder of George Floyd, racism, and police brutality, with demonstrations taking place in over 60 countries and on all continents.  Statements of Solidarity came from as far away as the British Antarctic Survey on Antarctica. All during a once-in-a-lifetime pandemic.

Almost a year later, former Minneapolis Police officer Derek Chauvin was charged with Floyd’s murder, convicted on all charges, and faces up to 40 years in prison as he awaits sentencing.  Former officers Tou Thao, Thomas Lane, and J. Alexander Kueng have also been charged for their actions and are awaiting trial.

May 25, 2021 — As we remember the life of George Floyd on the anniversary of his murder, our thoughts remain with those who loved him and too many others like Ahmaud Arbery and Breonna Taylor who have suffered loss due to our 400-year-old legacy of systemic racism. We hope this verdict will reignite the calls for change and continue to fuel the community-led reimagining of our society.

Feedback Labs was founded on the belief that for too long, too many people have been left out of the decision-making that affects their lives; that government, nonprofits, aid, and philanthropy have overlooked the voices of those they’re trying to serve; that for the systemic changes that need to happen, sincere listening and action must be part of the solution. All too often, those overlooked and marginalized voices are overwhelming Black.

As our team watched the live reading of the Chauvin verdict with anticipation, it was evident that there could be little surety of the judgment despite the evidence highlighting the inequity that is so pervasive in our justice system. Access to equal justice should not be dependent on race, ethnicity, national origin, or socioeconomic status.

The Feedback Labs team made time to discuss the trial, the verdict, and how it impacts our work towards creating a more equitable society.  Our thoughts on the trial and our views around what justice is, and isn’t, are as complex and diverse as our team. One thing we know is that this one verdict is not what justice looks like, but rather is minimum accountability. How many similar cases never get a second look, never received the scrutiny of millions of viewers during a pandemic? Charging and convicting one officer is not the extent of the response this movement demands.

Equity has been the guiding star of our work. Horrified at the news of Floyd’s death last year and after watching the brutality, we quickly issued a statement of solidarity, reaffirming our commitment to being an actively antiracist organization.  Months earlier, we had begun to evaluate our hiring and workplace culture with an equity lens. We still have a long way to go, but this worldwide reckoning with racial and social disparities allowed us to normalize regular conversations about race, culture, and how our work could bolster our anti-oppression mission.

Through this redoubling of our commitment to using our voice and platform to amplify the causes and efforts of diverse leaders and activists, many of whom are on the frontlines listening and acting on feedback from communities, we have also challenged our members, partners, and funders to learn and fail forward with us as we continue these tough conversations.

As we work to make listening and acting on constituent feedback the norm in philanthropy, nonprofits, and government, we understand that diversity is not the same thing as equity or inclusion. Too often, marginalized groups are ignored. Worse, their voices are sometimes heard but discounted, dismissed, or distorted because their experiences, desires, and demands are unpopular, engender fear, or are uncomfortable to hear.

Inequity is at the center of most of the issues plaguing our society, as those in power chose to ignore the humanity of people of color.  We believe that people are the experts in their own lives and thus should be driving the reimaging of their communities. Constituents should have a greater voice in determining what justice looks like for their community, the ability to examine systems, structures, and other racist barriers that no longer serve, uplift, or represent the values of the community.

Derek Chauvin was found guilty because of gritty cell phone videos and the eyewitness accounts of regular people — a firefighter, a mixed martial arts fighter, a high school student and her 9-year-old cousin — all going about their daily lives when they saw something they knew wasn’t right and chose not to look away.  Prosecutor Jerry Blackwell described this group of bystanders as “…a veritable bouquet of humanity.” This group of regular people changed the world.

As we continue to grapple with regular instances of unarmed Black people being killed around the United States by police, the calls for reform and accountability are growing louder. Everyone in our country should have the right to have their voice, to grow, love, make mistakes, evolve, and, most importantly, to live.  As we begin to turn the corner on COVID-19 and are hopeful about returning to some semblance of normalcy, we hope that the millions of people who marched worldwide will remain uncomfortable with returning to the status quo of a society steeped in anti-Blackness.

Many corporations and institutions that promised to invest in social justice causes and commit to structural changes have provided little tangible change. Conversely, support for the Black Lives Matter Movement has diminished, notably white people identifying as less supportive now than in early 2020.  We hope that those in power will use their resources and platforms to learn from (and emulate) the work that BIPOC activists are doing to represent and be responsive to the desires of communities fighting for racial justice.

Share Your Story – Consider sharing the work you and your organization are doing to support racial justice on our blog, newsletter, and social media networks. Send stories to [email protected].

Feedback & Equity Resources – Fund for Shared Insight has created a space to explore the relationship between feedback and equity, diversity, and inclusion. Check out stories, blog posts, and publications that can help spark discussions around race and listening.

Support Our Social Justice Work  – Support our initiative to amplify the voices of leaders fighting for racial justice on the frontlines listening and acting on feedback from communities. Others can learn a lot from the work they’re doing.

Vote! – Voting is the best way to provide feedback and have a say in who represents you. Visit Vote.gov to register to vote and to get information on registration rules, eligibility requirements, and where to vote.

Get Involved – Don’t reduce this movement to a moment. Find ways you can remain civically involved in your community at whenweallvote.org.

Training & Resources – Equity in the Center (EiC) works to shift mindsets, practices, and systems in the social sector to center race, equity and build a Race Equity Culture. Find out more: equityinthecenter.org