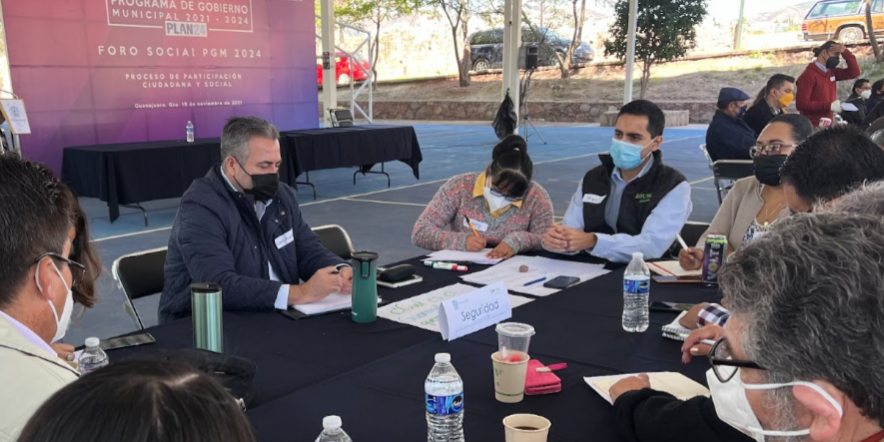 In September 2021, Feedback Labs launched its first-ever Training of Trainers (ToT) program. Four members of National Democratic Institute’s (NDI) Mexico team were trained to deliver the Feedback Crash Course to public officials of Tamazula, Mexico who were preparing to collect citizen feedback to inform the city’s municipal plan. The Feedback Crash course is a fast-paced, hands-on training designed to equip participants with the knowledge, skills, and tools to implement a closed feedback loop.

We recently had a chance to check back in with Alexis Guillén Monterrosa from the NDI Mexico team to hear about his experience with the Training of Trainers program and the progress that the government of Tamazula is making towards its goal of incorporating constituent feedback into its municipal plan.

Feedback Labs: Tell us about your work at NDI Mexico. What role do you think citizen feedback should play in the work you and your local government partners do?

NDI Mexico: At NDI Mexico, we are promoting the use of strategies and methodologies that help local governments transform the way they serve and deliver for citizens. We do this collaboratively with civil society to promote a model of responsible, responsive, and inclusive governance that is based on the principles of transparency, accountability, citizen participation, and innovation. With our current project, we are supporting municipalities that have committed to move away from an outdated governance model of making major public decisions behind the backs of those they represent without consultation and feedback. It is here that the feedback methodology makes complete sense, as it helps to materialize these objectives that we seek and serves to demonstrate to our local partners that listening to the community in decision-making is not only the correct thing to do, but it is also feasible and strategic to obtain more legitimate and effective results.

Feedback Labs: Tell us about your experience participating in the Training of Trainers program and delivering the Feedback Crash Course to public officials in Tamazula. What were you most excited about? Where did you see the greatest potential for impact?

NDI Mexico: We started with the premise that the best way to learn something is to teach it. In this sense, the NDI team took on the challenge of participating in the Training of Trainers program with the aim of improving our understanding of the feedback methodology, and adapting it to the reality of Mexico and the contexts and needs of our local partners from the municipal governments and state congresses.

Since then, we have delivered the course to eleven public servants in Tamazula, municipalities in Guanajuato, and the state of Guanajuato’s congress. As a result, we have had the opportunity to improve our strengths and capacities to impart the Feedback Crash Course and better understand the methodology. What excites us is that through this resource, we are able to influence public servants to show them that there is no need to fear citizen participation; that feedback, when properly designed, triggers virtuous processes of deliberative democracy and rewards them by rebuilding the citizen trust in democracy and its authorities. That is what we are seeing in Tamazula and Guanajuato.

Feedback Labs: What did you hear from the public officials that participated in the Crash Course? What 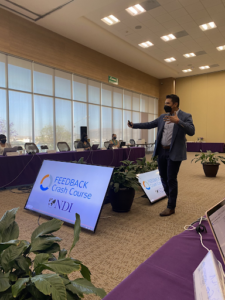 did they learn from the experience?

NDI Mexico: When NDI Mexico began its collaborative relationship with the Tamazula government, they were about to start preparing its Municipal Development Plan, or government programs, for the next three years of Mayor Lalo Gutiérrez’s administration. The Feedback Crash Course was offered to the Tamazulense government to design and execute a process that would allow citizens to be involved in defining the objectives, strategies, policies, and lines of action.

After the Feedback Crash Course, the Directorate for Citizen Participation decided not only to promote the collection of information, but also open a dialogue with the citizens to capture their most urgent interests and needs in the government plan. The hope is that this will set a precedent: to stimulate citizen participation through public consultations as an effective procedure for the design and formulation of future development plans. This process would also serve to trigger co-responsibility, organization, and community participation in municipal public affairs. Crucial for all of this was the feedback methodology.

NDI Mexico: A citizen feedback process was designed in conjunction with the head of the Citizen Participation Directorate, Betsy Vivas and others in the municipal administration. 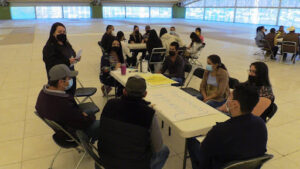 All the obtained information was summarized by public servants and is being processed for it to be integrated into the Municipal Development Plan that will be finalized and presented in a Town Hall Meeting in May 2022.

Feedback Labs: What’s next for the Feedback Crash Course? How does NDI Mexico plan to continue using this methodology in your work?

NDI Mexico: Since NDI Mexico has been implementing the Feedback Crash Course with local governments, we have identified additional municipal authorities that have the interest and are willing to make citizen participation effective. We found that, despite some exceptions, there are already more governments that consider it necessary to include citizens in public affairs and obtain their feedback to build more legitimate, robust, and effective public policies. What is needed, in many cases, is the support to overcome the fear that these processes will become chaotic or get out of control. What is missing is knowing how to design feedback processes in an orderly, methodical, and meaningful way. The feedback methodology helps fill that need. The Feedback Crash Course provides not only the know-how, but also examples that inspire and motivate governments to take that step with greater confidence and security. At NDI Mexico we hope to replicate more feedback exercises in Guanajuato and other municipalities so that dialogue, co-creation, and collaborative work between citizens and authorities become customary in Mexico and, if possible, in the other countries of the Latin American region. 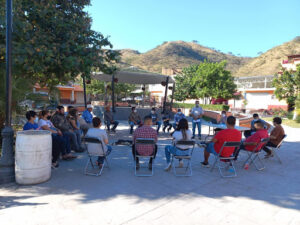