What Ted Lasso Teaches Us About Philanthropy 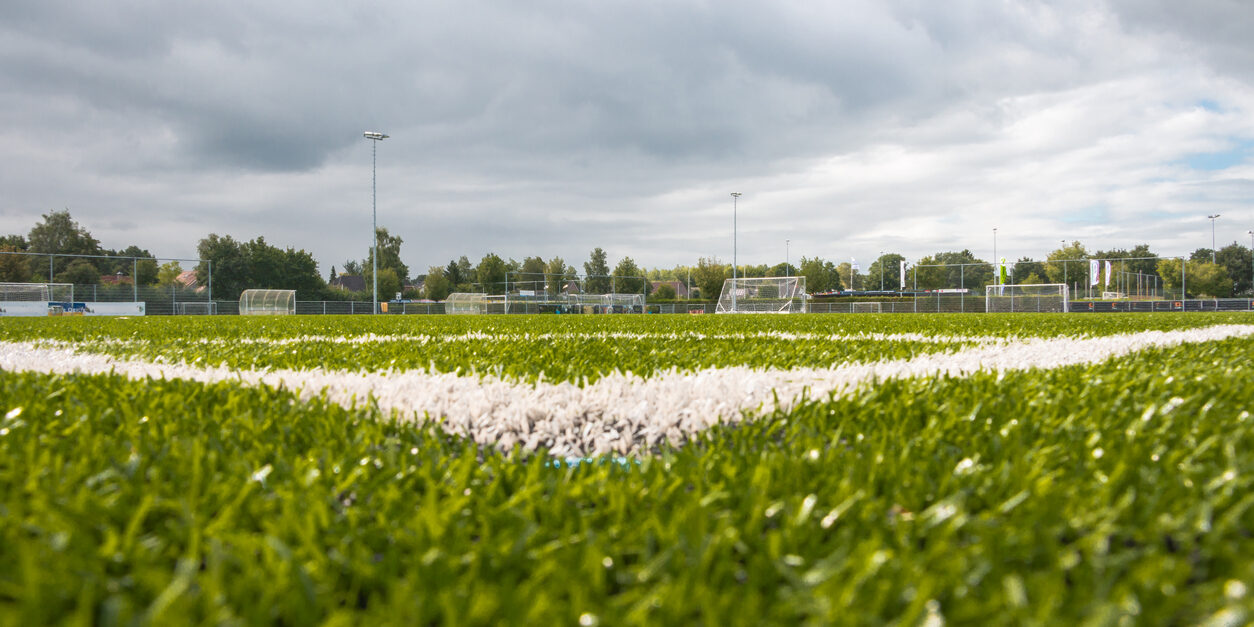 This is the fourth post in a series contributed by the Feedback Incentives Learning Group, a group of funders convened by Feedback Labs that are dedicated to encouraging peer funders to listen to the people most harmed by the systems and structures they seek to change and to supporting their grantees to listen as well. In this blog series, learning group members share their insight into and experiences with encouraging foundations and nonprofits to listen and respond to the people who are most impacted but often least consulted by philanthropy and nonprofits. The first blog in this series is here, the second blog is here, and the third blog is here. We hope this series provides inspiration and guidance for those looking to listen better and, ultimately, encourages action. This blog was originally posted by the Center for Effective Philanthropy.

When Ted Lasso, the beloved character from the TV show by the same name, arrives in London as the new head coach of Richmond FC, he is viewed as a farce by players, media, and fans alike. Ted knows nothing about soccer. He doesn’t know the rules or the right terms and in his first press conference, he can’t name a Premier League team or more soccer players than “Ronaldo, and the fellow who bends it like himself.” Despite his lack of direct knowledge about the sport, Ted understands his role is not to shout orders from the sidelines, control every minute of every game, or hyper analyze every loss. He believes that if he helps his players develop trusting relationships they will learn to adapt to whatever an opponent throws at them and that, ultimately, long-term success will follow.

While we aspire to understand more about the systems we work in than Ted does about soccer, he embodies a spirit that Omidyar Network is also working to emulate as a funder in a number of ways.

In 2018, Omidyar Network shifted its focus to reshape the systems that perpetuate inequities in our economy, technology, and society. As the organization stepped into this new approach, it carried lessons from decades of work in impact investing forward, and began to assess the most useful role we could play now. Omidyar Network’s CEO Mike Kubzansky noted at the outset, “social change is a team sport,” and Omidyar Network’s role on that team was evolving. The hallmark of complex challenges is that they are unpredictable, interconnected, and ever evolving. As our colleague, Rob Ricigliano noted in this blog post, working with complexity means moving from seeking to solve and fix quickly, to shifting patterns and healing [systems] over the long term.

Philanthropy was not built for this paradigm. To continue with the soccer analogy, as funders, we often act as coaches on the sideline shouting plays onto the field, or even as one of the players on the field, our grantees as teammates. Sometimes, we hog the ball. We tend to count success by the number of goals and wins. But reimagining more equitable systems is another game entirely. The real work is forging and healing relationships, rebalancing power, and creating new norms so that the team (and by team we mean everyone working to challenge and reshape harmful systems) can flourish in the long term, even in the face of missed goals, injuries, or a string of losses in the short term.

Omidyar Network ultimately cares about structural changes that will fundamentally shift the systems that govern our daily lives. To do this well has required a shift in approach to how we learn and understand progress, focusing on the systemic shifts that are of primary importance, ongoing learning, and changing conditions. This means being flexible, promoting adaptation, and celebrating learning as progress in and of itself. It also means trusting partners to make decisions and adaptations based on what they see.

One of Ted Lasso’s philosophies on life is “be curious, not judgmental.” Only by engaging and listening to veteran players, the young hotshot, the overlooked clubhouse attendant, and the rabid fans at the local pub is Ted able to start to grasp the nature of the game and his role in it. When the team is playing poorly, he tells them “you’ve heard enough of my jibber-jabber” and invites Nate, the put-upon clubhouse attendant, to give a pre-game talk that stirs the team to a win. Like Ted, Omidyar Network engages with people, power dynamics, patterns, and the history that precedes our work and, like Ted, we are listening more for opportunities to step back so that others can be heard. No amount of desk research or advice from experts is sufficient to comprehend what is required to transform harmful systems. Understanding what’s needed requires forming relationships with, and deeply listening to, those who have both been in the game for longer and are most affected by the outcomes.

But it’s not just about listening well. Listening is more passive and one-directional than systems change work requires. In 2021, Omidyar Network heard directly from partners through its Center for Effective Philanthropy Grantee Perception Report, focus groups, and externally facilitated interviews to provide formative evaluations. One consistent piece of feedback: Partners were hungry for real relationships, which included being more transparent about what Omidyar Network is learning, the questions it is struggling with, and strategies. We heard loud and clear that this work requires being more vulnerable and honest about our own journey, imperfections, and learning. One grantee shared:

“I think they need to wrestle with whether they’re being ‘directive’ or being ‘in relationship’. Are we learning from our partners about what’s relevant and how to get there?” – ON Grantee Interview

Omidyar Network started to do this by sharing more publicly what we are hearing from partners and network, what is challenging our thinking, and what our intentions and point of views are, even when they are evolving or incomplete. For example, we recently shared the full results of our Grantee Perception Report, including areas to improve, as well as updates to our New Economic Paradigm and Worker Power strategies, which we also tied directly to the feedback received from partners and other stakeholders.

Know What You Don’t Know

One of Ted Lasso’s most endearing traits is his humbleness; he is open about what he doesn’t know. As he announced at his first press conference, “You could fill two internets with all I don’t know about football.” One of the traps of strategic philanthropy is feeling that we should be able to see and know all things with confidence. Instead, acknowledging what we don’t know can open the door to building meaningful connections.

This has led Omidyar Network to experiment with playing different roles, especially in spaces where it is clear we will never, nor should ever, be an expert or the only decision-maker. With the Community Infrastructure Fund for Mutual Aid, Omidyar Network and its partners (Amalgamated Foundation, JustFund, and Art in Praxis) convened an advisory council of six mutual aid practitioners, activists, and leaders of color with deep experience working with communities threatened by the current political and social climate. Instead of trying to anticipate communities’ needs, we created the conditions for others closer to the work to decide which projects to fund.

Similarly, in partnership with the Ford Foundation, Kellogg Foundation, and Hewlett Foundation, Omidyar Network launched the Powering a New Economy Fund in 2020 to support local and state-based grassroots organizations to sustain issue advocacy campaigns aimed at building worker power, increasing community control of economic resources, and reducing inequality. As part of this national funder collaborative, we engaged a committee of leaders from grassroots organizing and movement building organizations. These experiences in relinquishing power and notions of expertise have opened up greater opportunities for deep listening, ongoing learning, and purposeful relationships that were unlikely to emerge otherwise.

Stay Flexible and Trust the Team

Coaches can develop plays and make game plans that work flawlessly in practice and on paper, but both Ted, and anyone working in complex change, knows the real world rarely goes according to plan. Winning teams are those that have players on the field who are able to react quickly based on what they are seeing and experiencing, have knowledge and relationships they have cultivated with each other, and have the trust of the coaches on the sidelines.

For Omidyar Network, this means that the vision is clear, but strategies are intentionally flexible based on learning and evidence coming from many sources to inform how we, our partners, and our stakeholders choose to play.

How we turn these intentions into practice continues to evolve, but we realize that doing this work well means intentionally changing our habits, mindsets, and practices. This can be uncomfortable at times. It can also bring great joy to the work. As with any relationship, it takes time to build trust towards something truly meaningful, and Omidyar Network is still early in this work.

As Ted points out, “Taking on a challenge is a lot like riding a horse, isn’t it? If you’re comfortable while you’re doing it, you’re probably doing it wrong.” Omidyar Network is trying to lean into the discomfort that will help us be better partners in change. We hope you’ll join us in conversation about what it takes to practice the Ted Lasso spirit of listening, humility, and trusting relationships in philanthropy. Not in pursuit of short-term wins, but in service of transforming harmful systems and structures such that all can thrive.

Clara Bennett is a principal on the learning and impact team within the strategy group at Omidyar Network.

Jessica Kiessel is a senior director and leads the learning and impact team within the strategy group at Omidyar Network.