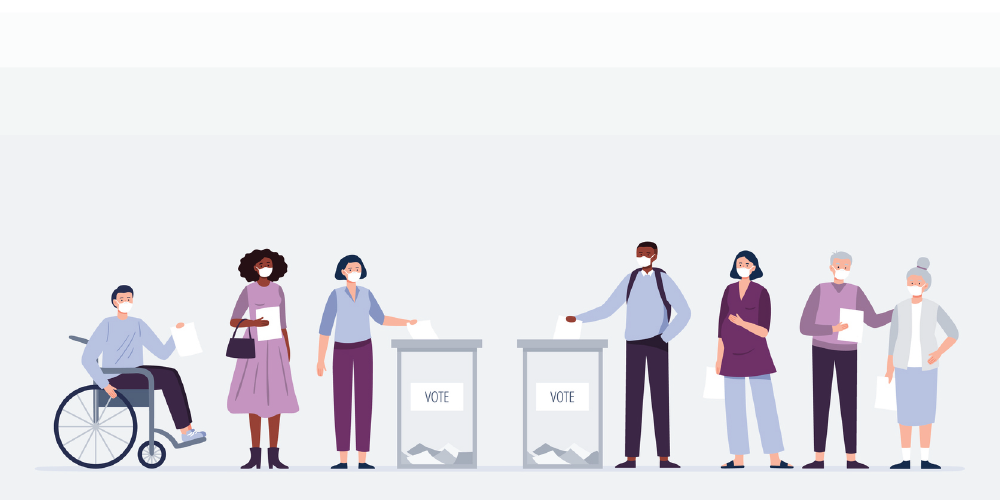 “But most legends have their basis in fact, Spock.” ~ Captain James T. Kirk

‘Elections do not produce responsive government,’ argues the cover of Democracy for Realists by Christopher Achen and Larry Bartels. The authors argue that the notion that elections compel elected politicians to follow the will of the people – or at least respect the policy preferences of the majority of voters – is a legend. It’s an unsettling conclusion, particularly with the US presidential election looming. Surely, we want to believe, voting in this election matters. Surely the way Americans vote will make that wall on the Mexican border less likely, or more. Surely there is a seed of truth in the idea that, by voting, we convey what we want our politicians to do, and incentivize them to do it. Isn’t there?

Achen and Bartels argue no. Voters are so short-sighted and influenced by random events like droughts and floods that their assessments of whether an incumbent has increased their well-being while in office are essentially random. If an incumbent knows that voters can’t tell whether their decisions in office have been good, then they have no incentive to exert themselves on behalf of voters.

Rather, Achen and Bartels argue that voters choose who to vote for based on their group identity. Voters assess which candidate is most ‘like them’ and then shift their stated policy preferences to align with that candidate’s platform. For example, the authors show that after Roe v. Wade and related rulings protected a woman’s right to abortion in the US, pro-life Democrats were twice as likely as pro-life Republicans to change to pro-choice views. This is what we would expect if those Democrats’ party alliance (that is, their group identity) induced them to change their views in line with the liberalizing Democrat party platform. Achen and Bartels argue that your policy preferences don’t determine your choice of candidate, your choice of candidate determines what you say your preferences are.

The unexpected landslide victory of Canadian heartthrob Prime Minister Justin Trudeau fits this narrative. One theory to explain Trudeau’s come-from-behind victory is that he trailed in the polls until the incumbent Prime Minister, Stephen Harper, took up a xenophobic strategy targeting Muslim women. This allowed Trudeau to put on the mantel of inclusive Canadian values. Voters who once saw Stephen Harper as ‘like them’ now saw Trudeau as a better fit to their Canadian group identity. Their votes shifted to align with the candidate that matched their group identity, and Trudeau rode that wave to victory.

In this case, even though voters might not have been able to assess whether Stephen Harper’s tenure had increased their well being, they could tell when he strayed outside the bounds of what they saw as acceptable policy. They could tell when his policy proposals indicated that he was not ‘like them.’ Voters might be blind – so myopic and influenced by random events and group identities that they can’t assess how policy has affected their lives – but they’re still powerful. Even if Achen and Bartels are right, citizen feedback in the form of voting still puts bounds on politician behavior. When a politician’s policies put them outside the bounds of a voter’s group identify, they will be sanctioned. Voting delineates the lines within which politicians can color.

Perhaps that is what makes the upcoming US election so scary to so many – the bounds on acceptable politician behavior seem poised to shift drastically. Millions of Americans seem to see in Donald Trump someone ‘like them,’ and seem prepared to sign on to his policy proposals because of it. The limits on how a politician can act and still resonate with American voters have seemed steady for a long time – now they are changing rapidly. And if Achen and Bartels are right, this election isn’t whether voter welfare has actually increased under a Democrat President. It is about how Americans see themselves as a group. Voters may be blind, but that’s a powerful question to answer.