Just some of our insecurities 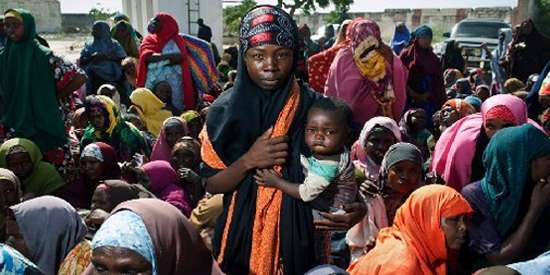 Sven Torfinn/Panos. A woman holds her child as she waits at a food distribution point in Mogadishu.
Published 10/8/2015
Author: Renee Ho

“What do they want?
What would happen if the aid industry started collecting data on how the people it serves actually feel about their lives?”

These are questions that Feedback Labs grapples with every day.

In the article published in Daily Good, Melamed calls for an increase in quantitative research into people’s (“beneficiaries”) attitudes.

“There is a huge appetite for data on objective things—on health, wealth and education, for example. But data on what people actually think is lagging far behind,” Melamed says.

She presents a series of reasons why the aid community is so behind on understanding “beneficiary” attitudes —organizational and institutional incentives, the costs and logistics of collecting feedback, among other reasons.

The main reason I took away, though, was how horribly insecure many of us —”experts” in development —are.

“… finding out what people think in a systematic way (or making use of the data that already exist) might lead to some uncomfortable moments for donors and aid agencies,” she writes.

The article asks what many of us are inevitably thinking when we’re confronted with the notion of feedback, when we start to see people less as beneficiaries and more as constituents who might drive development policies and programs.

“What if people say they are perfectly happy with their lives, when they are living in the direst poverty?”

“What if it turned out that people feel patronised by aid workers? Or that they would rather their food didn’t arrive with logos announcing their indebtedness to foreign governments? Or that they resent being given a T-shirt when really they would sooner just have the money? ”

“What if people don’t really want another agricultural programme, and they’d rather have a bus ticket to the nearest town and somewhere to stay when they get there? ”

What we’re asked to seriously consider is—
What if we, the “experts”, are actually wrong?

Scary, I know. But I don’t think we have to frame this as an accusatory, after-the-fact “you’re wrong!”

And Melamed is arguing that we can use constituent feedback before designing or implementing a program. Feedback can be used as a helpful planning tool to develop programming with constituents instead of simply for them.

If this is the case then what, exactly, are we afraid of?