LabStorm: Provocations from a girls’ empowerment program in rural Uganda 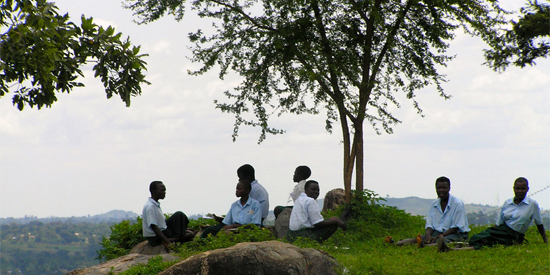 Feedback Labs recently hosted a LabStorm with Dr. Brooke Bocast, an anthropologist studying the dynamic and co-dependent interplay between a small US-based donor organization, its recipient community, and the individuals within that community.

In a simplified nutshell:

The donor’s purported mission, as found on its website, is “…to support isolated and emerging Jewish communities who wish to learn more about Judaism and (re-)connect with the wider Jewish community.”

It gives to the Abayudaya Jewish community in Uganda for a set of activities including education scholarships and “girls’ empowerment”.

By giving to the community, the donors actually give to an Abayudaya Executive Council (AEC) that, in turn, brokers who receives scholarships.

The girls who are complaining don’t want to be dating. They are still teenagers. One girl isn’t dating; others are dating people the AEC doesn’t approve of. Basically they don’t want their romantic activities serving as criteria for academic scholarships

They are forbidden from communicating with the donors without the AEC. They are, yes, but this edict lacks “teeth”.

What is the donor organization supposed to do with the ad-hoc, un-programmed individual feedback?

Whose interests dominate in this tense landscape—the community’s (defined and captured by a few), the individual’s, or the donor’s? And whose interests should matter most? How do we begin to define “community”?

Bocast leaves us with some other provocative questions:

Bocast’s full article will be published later this year.