LabStorm: Including the Voices of Homeless Austinites in Public Procurement Processes 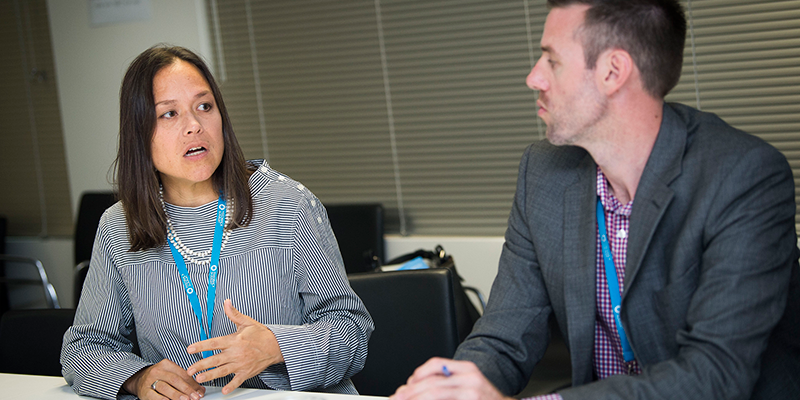 In the past 3 years, homelessness has increased nearly 30% in Austin, Texas. Despite this increase, shelters still operate beneath capacity and sometimes, homeless individuals are seen sleeping on the street next to shelters with empty beds. Robert Kingham from the Downtown Austin Community Court and Sabine Romero from the Austin Office of Innovation believe that this mismatch occurs because in the past, the city purchased social services for homeless people, rather than with them.

The Downtown Austin Community Court (DACC) seeks to change this dynamic by including end-users in the public procurement process. The Innovation Office is supporting this effort as part of the city’s participation in the Open Government Partnership.

Including these clients, many of whom are homeless, is no easy task. The public procurement process is long and complex – without seeing immediate results it is difficult to keep the trust and involvement of homeless Austinites. DACC asked LabStorm participants to consider the best ways to include these voices and build their needs into the city’s public procurement strategy.

Here are the major takeaways.

Thanks to these conversations, the City of Austin, TX is looking for opportunities to bring vendors and clients along in the process of listening.

By helping vendors retool, learn and improve as a program, they can focus on results rather than following the specific programmatic requirements of government-funded services. Follow along as City staff brings in more stakeholders to their early conversations, and creates space for further meeting of the minds!

Do you have experience with feedback and listening in public procurement? We’d love to hear from you! Email [email protected] or comment below to share your thoughts.