Closing the Feedback Loop: How to Just Do It

Last month, my colleagues at Listen4Good, Fund for Shared Insight’s signature feedback initiative, laid out a compelling case for why, when it comes to closing the loop with clients who have participated in feedback surveys, nonprofits should just do it.

In the weeks since then, the world changed completely. This post, already in the works, can be bookmarked for future reference when we are closer to business as usual or you can keep reading along now if that makes sense. Either way, we know that listening as a nonprofit practice — and in general — is a key ingredient of our coming together as a community in both good times and bad, so below are some suggestions that we hope will be helpful any time you ask someone for their perspectives and opinion.

In their post, my Listen4Good colleagues described how closing the loop — reporting back on what was heard and what the response was — is a critical part of an organization’s feedback journey. It honors, shows respect for, and empowers clients who take time out of their day to share their perspectives and opinions. It’s a crucial building block for establishing trust engendering more candid and useful feedback over time. Yet organizations engaged in Listen4Good report that closing the loop is the most challenging step in the feedback process and too many don’t complete it or give it enough attention.

As a Listen4Good coach and a feedback data leader at the Center for Employment Opportunities, I’m here to flesh out some of the recommendations from that post with some examples that demystify the process around letting participants know that “yes, your feedback was seen, heard, and acted upon” — and provide you with some simple and easy ideas about how to get started.

Recommendation #1: Start with the end in mind.

Closing the loop becomes easier when you have meaningful and actionable feedback to use. How do you get actionable feedback? Start thinking about it all the way back when you are designing your feedback loop. Make sure you are asking questions that can yield actionable responses. This might mean avoiding yes-no questions that could lead to dead ends or an incomplete view of someone’s opinion. It will also be easier to close the loop if you avoid questions that your organization will be hard pressed to act on – for example, if staffing or capacity is a regular challenge at your organization, don’t ask questions about how increased staffing might help. By asking specific questions that you’ll be well-positioned to address, you’ll be preparing yourself to respond and close the loop. Here are a few examples:

Recommendation #2: Stick to the idea that less is more

Some organizations administer their surveys, get responses, and then suffer from so-called analysis paralysis – either there aren’t any coherent themes, or there is so much to act on it becomes hard to determine what to prioritize. If you find yourself overwhelmed by multiple suggestions for action, try to identify the low-hanging fruit – or one piece of feedback you can act on. Are there suggestions that you can respond to that won’t require additional costs or significant amounts of staff time and capacity? For example, a food bank received multiple requests for how they could improve their services but one request was simply a sun shade for clients while they wait outside. This represented a relatively easy change but one that showed clients that they would be treated with dignity and respect.

Also, don’t underestimate the power of follow up conversations to dig deeper on feedback from clients. . If your survey was done non-anonymously, you can reach out to clients who offered a good suggestion to find out more about what they were thinking, or to reassure clients who lodged a complaint that their concern was seen and is being addressed. If the survey was anonymous, even a few random phone calls, an informal focus group, or one-on-one conversations can prove to be effective. Ultimately, many clients that I have worked with welcome additional opportunities to be heard. Taking the intentional time to be more proximate to their ideas can empower clients to take ownership of their experience or even take on a leadership role within the organization. As an example, Betty McKay was a participant in CEO’s Oakland, CA office who provided a simple suggestion about making work crew sign-ups easier. When I called Betty to follow up on her idea, it became clear that she had a keen eye for process improvement. Betty now chairs CEO’s first ever Participant Advisory Council, overseeing a group of dedicated CEO participants and alumni who convene once a month to discuss program improvements at CEO.

Closing the loop is often times an exercise in creativity. One of our Listen4Good partners, Social Advocates for Youth, created an “origami-like booklet” to share the results of youth feedback about its counseling programs. Another organization, ICAN: Positive Programs for Youth, surveyed young people attending a summer program and their parents. To close the loop, ICAN created a “google page” featuring different materials: a game for the kids and a booklet for adults. Staff also created posters (below) to invite families to attend a Family Night to hear more information about the survey results (and offered a nice incentive for attending – the opportunity to carve free pumpkins together as a family). 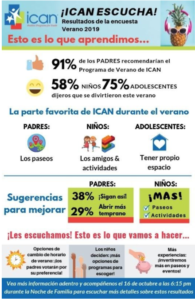 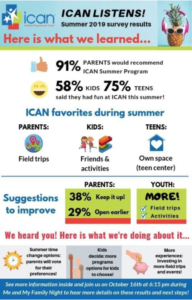 At the Center for Employment Opportunities (CEO), which serves the employment needs of formerly incarcerated individuals nationwide, we decided to use television screens in the lobbies of our offices to display rolling announcements summarizing how we were responding to feedback. This practice turned out to have a positive ripple effect. 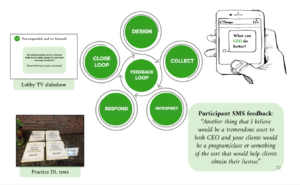 Recommendation #4: Don’t let the perfect be the enemy of the good

Even if you are still working on a tangible response to feedback you received, or if you are truly unable to act at all, it’s better to let your clients know this than never acknowledging that their feedback was received or considered. Similarly, if the clients who responded to your survey have moved on from your organization (e.g. graduated from their cohort or attended only a seasonal class), it can be powerful to close the loop with new and incoming clients, letting them see the value of participating in feedback efforts. For example, you might update future surveys with language highlighting what you learned from previous feedback efforts:

At the most basic level, the goal of closing the loop is to let your clients know that their feedback was successfully received and considered. Organizations that implement tangible changes based on feedback should prioritize sharing what specifically was done in response to feedback. But beyond that, closing the loop is simply about letting your clients know that their feedback did not go into a black box. This final step in the feedback loop process may seem daunting, but you likely already have many of the basic tools you need. Consider all the ways in which you normally communicate with your clients, such as through sending text messages, posting flyers, or holding group meetings.

Closing the loop really can be as simple as sharing information through these kinds of familiar methods, so when it comes to the “how” of closing the loop, you probably already know – just do it. 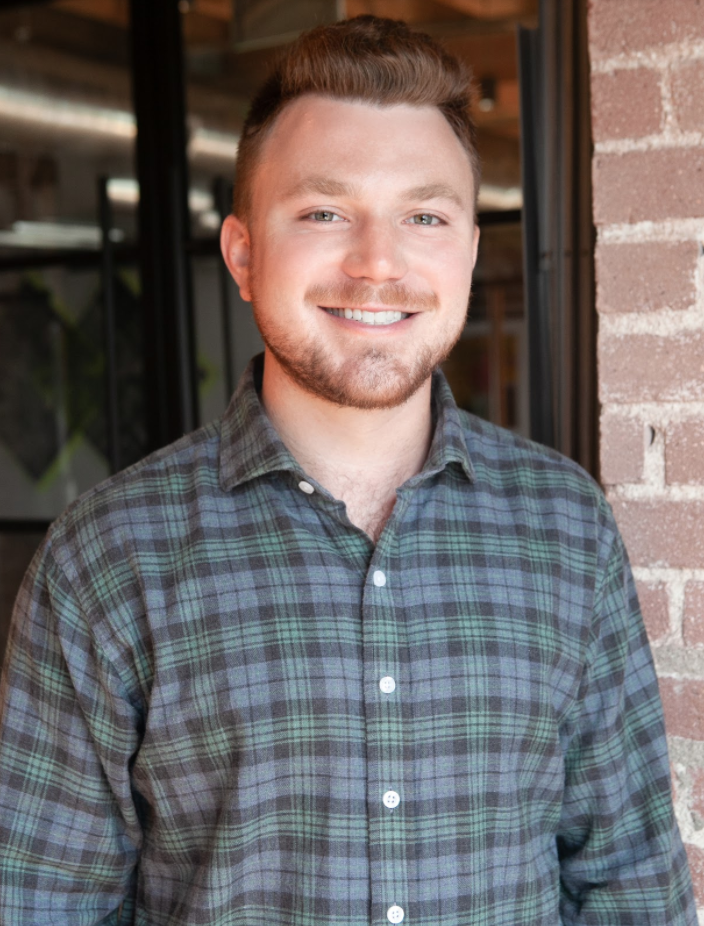 Nate Mandel is the Program Innovation Manager at the Center for Employment Opportunities (CEO) and a Feedback Coach for Listen4Good. With over four years of experience building and scaling beneficiary feedback systems across multiple national sites, Nate’s focus is to help nonprofit organizations efficiently improve and adapt in order to better meet client needs. Nate holds a B.A. in Sociology from Vassar College and is interested in the ways in which high-quality feedback loops can lead to more equitable institutions.