When means become an end: the problem with the development sector. 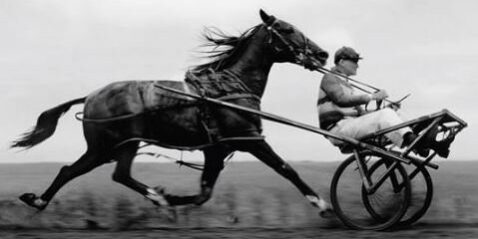 On his first day in office in 2017, Mark Green, the newly-appointed USAID Administrator told staff, “I believe the purpose of foreign assistance should be ending its need to exist… Each of our programs should look forward to the day when we can end it. And around the world, we should measure our work by how far each investment moves us closer to that day.” To put it differently, any charitable endeavor with a clear foresight should not leave its constituents with a lasting dependence but instead, assist them in such a way that they thrive on their own at a point in the future.

To better appreciate this notion, it is helpful to reiterate the idea behind a philanthropy, a development organization, a charity, a nonprofit, an NGO, or whatever else one might call it (onwards, I use these words interchangeably). In its simplest sense, philanthropy is when private individuals and organizations – and foreign governments in the case of underdeveloped countries – jump in to provide the impoverished individuals and communities with goods and services, that the economy, the society and the government fails to deliver, and that are necessary for their sustenance, self-esteem and freedom of choice (to use Amartya Sen’s definition).

In theory, then, philanthropy aims to temporarily fill the void left by the government and the socioeconomic system in hopes that eventually, either the impoverished individuals and communities themselves or the government becomes capable of filling it. In practice, however, we rarely see a philanthropic organization talking about how close it is to say ‘permanently ending’ poverty in this region, or achieving a ‘lasting improvement’ in educational and health outcomes in that community. Limited to no efforts to ensure the sustainability of impact in the post-project period means that philanthropy goes on forever.

In fact, economists like William Easterly have concluded that development organizations have not made things any better than they were before, despite spending hundreds of billions of dollars in the last 50 years. Easterly goes so far as to conclude that development aid has been harmful in many cases; its absence would have been more helpful. To explain this shocking counterfactual, Easterly points to the political economy of developing countries as well as the incentive structures of the development organizations. He laments that for most development organizations the goal is to keep the funds rolling regardless of whether projects show sustainable progress; progress that doesn’t erode after the project ends.

Implicitly then, living up to a donor’s expectations and acquiring new donors often takes a top priority in nonprofits, and this exacerbates when they compete for limited funding sources. This ultimately leads to a situation where development projects become an end in themselves rather than a means to an end. To better explain this, it is helpful to have an idea of how a project is evaluated. To track impact, evaluators distinguish between 1) output: the immediate result of a project, say building a school, 2) outcome: the next immediate results of an output, for example, building a school results in children enrolling and doing well in class, and finally 3) impact, the ultimate goal of the project, say children becoming successful in later life and earning a higher income.

While nonprofits and their donors carefully track the outputs of their projects, there is often limited interest in measuring outcomes and almost no interest in measuring the impact. So, it is very likely for you to hear a nonprofit saying, we have provided 100 mosquito nets, a fewer saying how much decrease there was in cases of malaria as a result, and almost no one saying what sustainable impact on health was achieved as a result. For all intents and purposes, distributing malaria nets becomes an end in itself, and the goal of improving people’s health obscures.

One might argue that tracking the outcomes and impact may not be helpful as the outputs will eventually lead to the desired impact. Extensive studies and experience from the development field have, however, shown that that is rarely the case and even if there is an impact it is unlikely to be sustainable. Each development problem is intertwined with dozens of others, and addressing only a few rarely helps.

Let’s consider the case of a nonprofit that decides to establish a free school with the hopes of improving social mobility. In a community ridden with extreme poverty confounded with dozens of other problems (a common scenario), it would be naïve to assume that only building a school will lead to meaningful social mobility. That’s because the children will be often unable to attend school either because their families are too impoverished to forego the money they could earn by working during school time, or because poverty or other problems rampant in the community and home cause a health and mental state that is unconducive to learning. Ignoring all these problems means that the schooling initiative is likely to fail.

Apart from addressing the confounding nature of development problems, ensuring their sustainability is equally critical.  Consider the case of an NGO that provides its constituents with mosquito nets, a health clinic, and a potable water facility – basically covering every confounding problem. Will this be enough to lead to an impact that can sustain itself after the project ends? No, unless this project is complemented with efforts to develop permanent support structures such as an effective local government or community institution that provides necessary services like sanitation and unpolluted environment, the impact will not be sustainable.

Management science research has shown that business organizations tend to be much more efficient than philanthropic organizations because they have incentives to use resources efficiently and this leads to more rigorous management practices, including high reliance on customer feedback to rapidly improve products and prevent failures. The tragedy of the development sector is that funders mostly seek to highlight the good things they are doing (read output), the nonprofits mostly want to retain and get new funders, and the ultimate beneficiaries are too disempowered to play any role, either because their feedback is not solicited or valued, or because they are uneducated and fraught with misery. Whereas it’s difficult for a useless product to succeed in a market, a useless development project can keep running due to misaligned incentives.

In my view, the development sector’s fault line lies with its most powerful actor, the funders (both governmental and nongovernmental). Because they take limited interest in tracking and ensuring a permanent impact of the project they fund, the nonprofits have little interest in it too. Doing otherwise puts them at a disadvantage because tracking the impact is costly, time-taking, tedious, and often not valued by funders. Organizations with their own funding sources, for example, foundations, are not much better at this because the board of directors – probably driven by the sector’s culture – tends to be more interested in the output rather than a sustainable impact in quantitative terms.

If the development sector wants to increase its chances of becoming as efficient as the business sector, the funders need to adopt some critical practices. Firstly, just like investors, funders and their grantees need to draw on the latest discoveries of social scientists when devising solutions to development problems. Secondly, like the business investors, funders need to work with their grantees and communities to define the quantitative impact targets for every project they fund. Thirdly, they should require rigorous sustainability-focused proofs of concept from their grantees for every initiative they propose, just like investors in business organizations do. Fourthly, they need to carefully track outcomes and long-run sustainable impact of the work they fund in clear ‘quantitative’ value-for-money terms (just like investors track profits) and promote the best performers accordingly, for example by awarding more grants to them. Fifthly, when a program fails to achieve its target numbers or sustain its impact, the funders should work with nonprofits and social scientists to do detailed investigations, understand the reasons behind failure, and prevent it in the future.

Finally, the compounding nature of the development problems (as explained earlier) means that working on a single issue while ignoring others is unlikely to produce any sustainable and meaningful impact. It is thus necessary for development organizations with different thematic focuses to work in tandem with each other to cover as many areas in a community as is necessary, and especially focus on areas that cause permanent change. The fact that that is not already the norm tells a lot about the sector’s priorities.

To be fair, the problems that the development sector wants to tackle are enormous and elusive, and the funding sources are often too limited to produce any meaningful change. However, the development sector must use the resources available to it in the most efficient way possible, simply because the lives and freedom of millions is at stake. 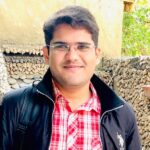 Basil Dogra (he/him) was the Marketing & Community Engagement Intern at Feedback Labs during Fall 2020 and Spring 2021. He is a development economics and operations management student based in Lahore, Pakistan, and has more than two years of experience working with Pakistani NGOs. He tweets @BasilDogra and can be reached through an email to basil[email protected]