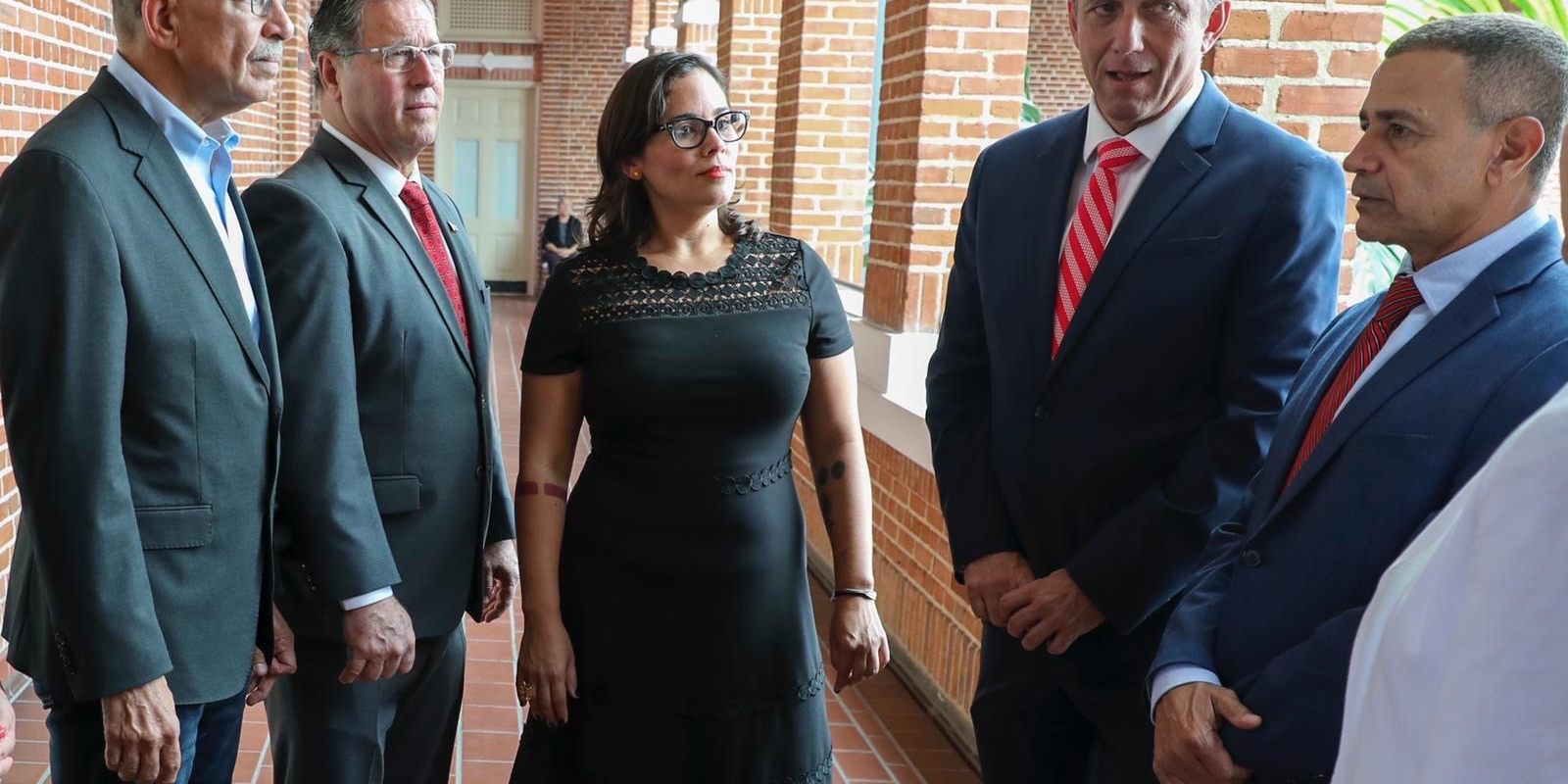 La Liga found its roots after hurricanes Irma and Maria devastated the island in 2017. In the following years, local mayors made an unprecedented effort to learn best practices from one another during reconstruction. As organizations such as the Ford Foundation, Open Society Foundation, and Center for New Economy joined in partnership with local efforts, there was also an international convergence. La Liga formed two years later to solidify the continued intersection of local government, private, and nonprofit partnerships.

This LabStorm was presented by Cristina M. Miranda Palacios and illustrated the importance of coalition building between elected officials, community organizers, and the communities they serve.

Cristina M. Miranda Palacios is a social and community planner and serves as the Founding Executive Director of the League of Cities, a nonprofit nonpartisan organization that aims to strengthen the capacity of local governments and communities on the island in the face of social, physical, fiscal, and governance challenges. She is currently completing her doctoral studies at the Center for Advanced Studies of Puerto Rico and the Caribbean, where she will complete her doctorate in history and philosophy. Her area of interest is the impact of partisan politics on the development of social policies.

Before returning to Puerto Rico in 2003, Cristina lived in Washington, DC, where she completed a professional internship at the Environmental Protection Agency (EPA), Office of Environmental Justice. She also worked as second in command at the Executive Office of the Mayor, Office of Latino Affairs, and at the Hispanic Scholarship Fund Institute, where she oversaw the development of alliances and identifying funding to support Latinos in higher education. You can reach Cristina at [email protected].  To learn more about La Liga De Ciudades Puerto Rico, please visit their website, ligadeciudadespr.com or follow them on Twitter at @LigaCiudadesPR.

LabStorms are collaborative problem-solving sessions designed to help organizations tackle feedback-related challenges. Presenters leave the experience with honest, actionable feedback and suggestions to improve their feedback processes and tools. To learn more about participating in a virtual LabStorm, please visit feedbacklabs.org/labstorms. If you are interested in presenting at a future LabStorm, please email [email protected].