Labstorm: How Can Feedback Build Trust Between Communities and Government? 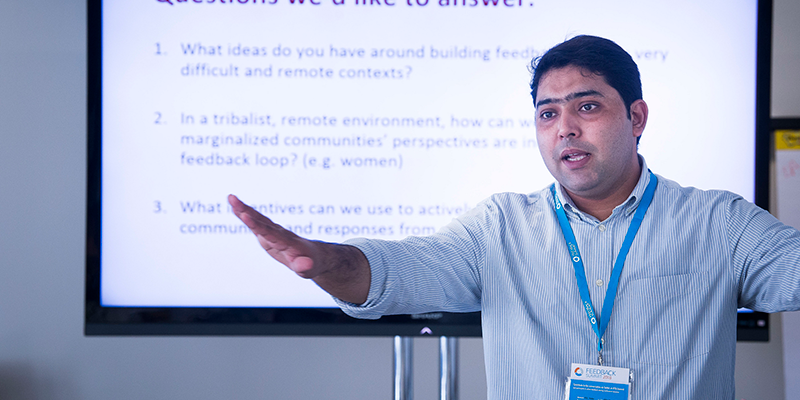 The Accountability Lab works to encourage a world in which resources are used wisely, decisions benefit everyone fairly, and people lead secure lives. They joined us in a LabStorm to consider their latest challenge: opening Mobile Citizen Helpdesks to engage citizens and the government in feedback loops in the Balochistan province of Pakistan. Representing more than 44% of the country geographically but only 5% of the population, the area is politically run by tribal chiefs with the backing of the Pakistani government. The Accountability Lab asked LabStorm participants to reflect on the following question:

How do you build an environment of accountability when citizens may be marginalized, hard to reach, and feel an intense loyalty to their local politicians?

Here’s what the group suggested:

Do you have experience in establishing feedback loops within complicated and remote political environments? We’d love to hear from you! Email [email protected] or comment below to share your thoughts.