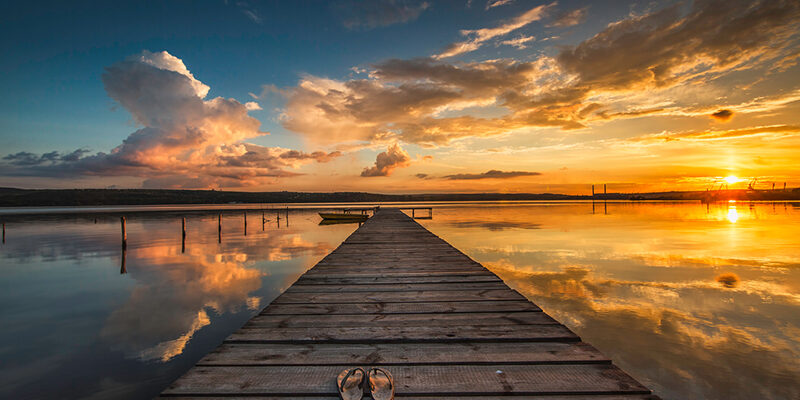 August is a feel-good month. The office clears out and you find yourself beside a lake, or a mountain, or a field, maybe a cathedral or a castle. Even if you’re not on vacation, the pace of work slows perceptibly and chatter around your desk dies down. You can reflect, ruminate. Feelings of happiness and repose render you receptive to ideas and plans.

Of course, you know September is looming. With the uptick in work, the anticipation builds. September is a time of gearing up for the end of the year, taking off out of the starting blocks for another race to the finish. (It’s also conference season.) The thought of rumination is long gone.

If you’re like me, the story of relaxation in August and gearing up in September is incredibly vivid. Since childhood, summer cottage trips followed by the start of school has reinforced that narrative. It resonates emotionally. But what does it have to do with feedback?

At Feedback Labs, we’ve been examining how information, and feedback specifically, can affect the choices people make.

We’ll be sharing what we’re learning in the next months, but it’s becoming clear that information is most likely to influence the choices a person makes when it resonates strongly with their emotions. Take anti-smoking campaigns for example. An anti-smoking ad that states that tobacco is harmful is not going to be nearly as effective as one that details the effects smoking could have on your family.

Emotionally vivid narratives are likely more effective if their topic is emotionally charged. For most of us, particularly those of us who work in philanthropy and development, our emotions are certainly tied up in work. We take pride in what we do, and hope our efforts make a difference in a world we want to improve. In such a situation, stories that touch on those emotions might be the most likely to change the choices we make at work.

But is that a problem when it comes to feedback? Often the feedback we hear is constructive, if not downright negative. It can tell a negative story about something we care about. Might the emotional charge on a piece of feedback make us more likely to discount it? It seems an important question to ask because feedback is often contested information. It’s perceptual, and we may disagree with the giver’s perception.

In the absence of trust in the accuracy or correctness of the feedback we receive, ideally the emotions attached to the feedback would help us accept rather than reject it.

Are there ways to frame feedback so that the emotional resonance of the story it tells helps us listen to and accept it? The role of emotions in helping people hear and learn from feedback is attracting increasing attention in the sphere of education. Practitioners in our network suggest best practices for storytelling when faced with emotional moments and ways to accommodate your emotional responses to feedback. It’s a question we look forward to exploring more – in September.