In Honor of the Mighty Groundhog 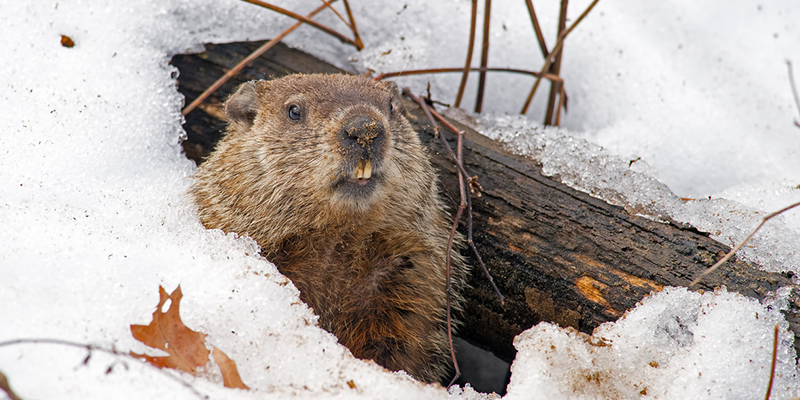 It has been quite the week, particularly in the US. We here at Feedback Labs are reflecting on how protests, movements, executive orders and checks and balances relate to feedback, and we’ll be sharing our thoughts in future pieces on this blog. We’d love to hear your thoughts. In the meantime, on the eve of Groundhog Day, here is a lighter piece that we hope makes you smile.

I still remember the day that Wiarton Willie, Canada’s version of Punxsutawney Phil, was found dead. It was two days before Groundhog Day, 1999, and when the townspeople of Wiarton went to wake groundhog Willie – well, let’s just say he didn’t see his shadow.

Groundhog Day is one of my favorite holidays – it is a wonderfully weird tradition, basing our long-term weather forecast on the sensory experience of a rodent. And it feels oddly comforting, in a time of deep uncertainty about the path that one of the world’s great powers will take, to think that we can predict the future with such simple accuracy.

We know that governance, and amplifying the voice of citizens in that arena, is not always simple. The World Bank released the World Development Report: Governance and the Law yesterday, focusing on governance as the process “in which individuals and groups with unequal power interact within changing rules as they pursue conflicting interests.” It’s complex stuff. The report lays out how power asymmetries in that bargaining process contribute to failures by countries to achieve security, growth and equity.

The 2017 World Development Report also cites increased citizen engagement, and strengthening of the mechanisms through which citizens give feedback on policy, as a key driver of positive changes in governance.

The 1993 movie Groundhog Day linked the holiday to the idea of repetition, and if we look back to previous World Development Reports, we see the idea of citizen engagement repeating. The World Development Report of 2004 (Making Services Work for Poor People) highlighted the importance of amplifying citizen voice and accountability. A 2014 retrospective on progress made in the 10 years after that report was published pointed out that more attention needed to be given to citizen voice and accountability. The repetition and, more importantly the evolution and increased prominence of the concepts of citizen engagement and feedback in this year’s World Development Report signposts a promising trend for the feedback movement.

We’ve written a lot over the past 6 months about how you strengthen citizen engagement and feedback on policy. The importance of trusting citizen views on what outcomes they want for themselves. The centrality of conversations between citizen and experts. The interplay between listening to market forces, citizen voice, and impact assessment. Through it all, we’ve tried to highlight that the feedback movement is not about citizen feedback replacing the voice of policy experts, it’s about rebalancing the conversation. In the same way as we combine evidence from expert meteorologists with the perceptions of weather forecasting rodents, we need a balance of information and perspectives on governance decisions. On the eve of Groundhog Day, we wish you balanced conversations, and no more than 6 more weeks of winter.