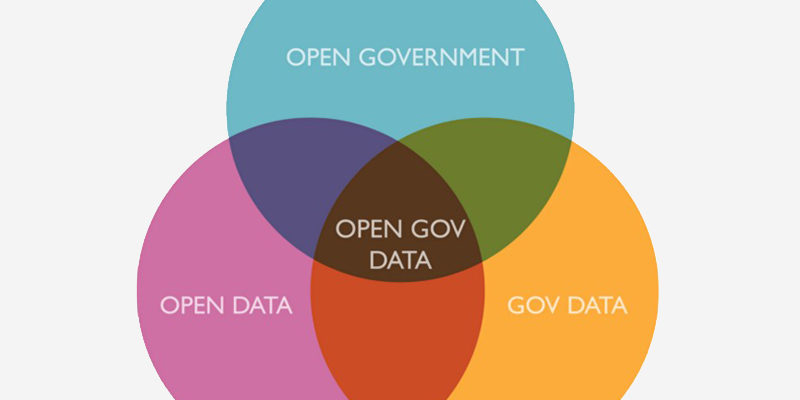 By Sean McDonald and Valerie OliphantFebruary 16, 2016

Open licensing privatizes technology and data usability. How does that affect equality and accessibility?

The open licensing movement (open data, open source software, etc.) predicates its value on increasing accessibility and transparency by removing legal restrictions on use. The groups that advocate for open data and open source code, especially in government, often come from transparency, accountability, and freedom of information backgrounds. These advocates underestimate the costs of refining, maintaining, targeting, defining a value proposition, marketing, and presenting both data and products that are useful to the average person.

Recent research suggests the primary beneficiaries of civic technologies — those specifically built on government data or services — are privileged populations. The World Bank’s recent World Development Report goes further to point out that public digitization can be a driver of inequality. In other words, advocates underestimate the cost and compromises inherent in running an open source business.

The dynamic of self-replicating privilege in technology and open markets is not a new phenomenon. Social science research refers to it as the Matthew Effect, which says that in unregulated spaces, the privileged become more privileged, while the poor become poorer.

While there’s no question the advent of technology brings massive potential, it is already creating significant access and achievement divides.

According to the Federal Communication Commission’s Annual Broadband Progress Report in 2015, 42% of students in the U.S. struggle to do their homework because of web access. According to the same report, 39% of rural communities don’t even have the option of buying broadband. Internet access skews toward urban, wealthy communities, with income, geography, and demographics all playing a role in adoption.

Not only does access differ, but research suggests that the rich and poor use technology differently. This runs counter to narrative of Internet Eventualism, where technologists insist that it’s simply a (small) matter of time before access (and skills) gaps close. For upper and middle income groups, access is already almost universal — but the gaps for low income groups are growing.

Beyond basic access, there are substantial skills and influence required to make openly licensed products valuable. According to the Centre for Open Data Enterprise, 80% of released open data is not useful, due to poor quality and missing components. I n the case of the public open data movement, converting the raw data sets that governments release into useful tools is a substantial and potentially profitable task, but requires access to technical education and market distribution infrastructure.

These problems are even larger for open software or data products aimed at non-technical audiences. It’s comparatively easy (and lucrative!) to target those with coding skills, high-end hardware, and broadband. It’s much harder to build profitable engagement tools and services that don’t inherently project the demographic biases of platform adoption. As a result, most tools — even civic technologies — miss the 32% of Americans without smartphones, and nearly 20% without regular Internet access (let alone use). More often than not, those are the people who need them most. The challenges of usability engineering are well described by the “Build With” and accessibility movements, but the building process is only the beginning.

The idea that open licensing favors the needs of the poor (by offering everyone free access) underestimates how hard it is for the poor to use raw data and code.

Inevitably, the groups that maintain open licensed products turn into companies in order to satisfy the financial needs of making them useful. Those financial and growth needs can get exponentially larger if the company takes venture capital, fueled by the expectations of investors. In many cases, companies built on open standards, data, or languages, go on to patent user interfaces and derivative products as ways to protect and build their market. The downstream patenting of products built on open resources is proving to be very lucrative.

Investors have woken up to the market potential of companies seeking to monetize open data, standards, and services. This is especially true in the government and civic participation market. Private companies are gradually commoditizing election debate, civic participation and public services, bringing market forces to bear on democratic processes. Government data and technology companies like Socrata ($54.5m), Accela ($233.5m), and Palantir ($2.42b) have raised billions of dollars in venture investment. There are hundreds of other mature companies built on making open and publicly produced data sets usable by the public, like Mapbox, Zillow, and Weather.com. Big funders like the World Bank, Andreessen Horowitz, and the CIA are betting that they’ll be able to make a lot of money doing so. While there’s clearly a growing market, we simply don’t know whether the commercialization of open resources is delivering on the promises of the advocates that create them or creating a de facto usability tax.

As Robert Read notes in his call for API-first Government Technology, the commercialization of public infrastructure like roads, electricity, and even legal services is not new. There are a number of large markets that privatize usability and distribution. What is fundamentally different is that there are substantial public investments and regulatory institutions that work on equalizing access to those resources. In all of these industries, those public subsidies (public transportation, utility regulation, and legal aid) struggle under the complexity and breadth of market forces— especially serving those who can’t afford premium services. Legal services are a particularly apt analogy — they’re used and shaped by a professional class and those who can pay for their services, largely to their own advantage. As we look at intermediating another service industry into the way we use public resources, it’s worth asking whether open licensing is actually increasing access or selling it.

Open source advocates — particularly those in the open government movement — tout the licensing regime as a way to democratize technology and government, underestimating how it amplifies the underlying skills and demographic gaps in both. Ironically, even GitHub — an online repository and toolset used to manage a significant percentage of the world’s open source projects — is not open source. GitHub is a venture-backed, private company that not only hosts open and closed source products, it hosts the US Government’s open data infrastructure. In other words, publicly funded open data and products are directly subject to the business and licensing models of a private company. Indirectly, it’s worth asking whether governments’ release of open data, instead of publicly usable services, outsources its responsibility for ensuring equality of access.

The business models of the companies that are built on open data, software, and services, will determine whether open licensing reduces or exacerbates the Matthew Effect. There is little doubt that the open movement intends to expand access to the benefits of technology, but it’s worth questioning whether it just shifts proprietary licensing downstream, intermediates a professional services industry, and privatizes revenue that public institutions can’t command. Ultimately, privatizing the value of publicly released data may also have the effect of privatizing how we define our digital values. As our public investments in technology increase, we need a critical understanding of the way the open markets shape the impact of open data and technology on equality and accessibility.

Our next piece will look in-depth at a few examples that highlight the fundamental tension between the social equity roots of the open data movement and the commercial realities of unregulated markets. If you have examples of your own, suggestions, or other thoughts, we’d love to hear them in the comments!

Authors: Sean McDonald is CEO of FrontlineSMS and Valerie Oliphant is a Project Manager at the SIMLab.