Do you still use the word “beneficiary”? 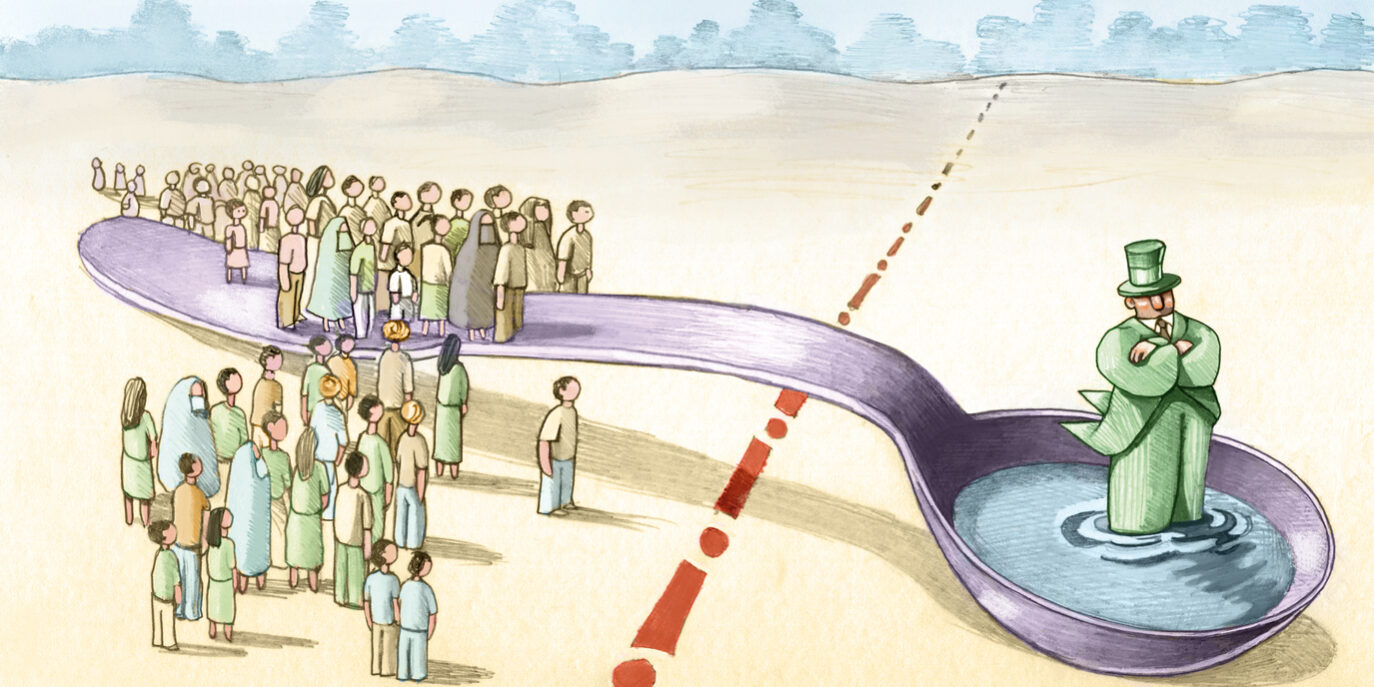 It matters how we choose our words. Today, the word “beneficiary” is being replaced with citizen, client, consumer, stakeholder, and constituent. What are the pros and cons of each?

I use “beneficiary” for lack of a better word. I use quotations to show that I’m not wholly comfortable with the vocabulary.

In the act of naming, subjects are born. In the act of reiterating the name, power dynamics, inequalities, and structural violence are reinforced. And so it is with the word “beneficiary”.

To be a beneficiary implies a relational weakness to the benefactor. It also implies that what she receives is bene or good. Descriptively, “beneficiary” partially works: in the current system of aid and philanthropy beneficiaries are, in fact, largely disempowered; at the same time, however, it’s questionable that what they’re receiving is all that bene.

A movement that is trying to radically change a broken system of aid and philanthropy needs a vocabulary that is less descriptive and more normative: what should we be calling “beneficiaries”?

Normatively, we need a word that empowers “beneficiaries”. But what are alternatives that could also be accurate descriptively? The following is some of my early, abbreviated thinking.

Some organizations use the word “citizen” in lieu of “beneficiary”. “Citizen” projects the notion of a social contract between those who govern and those who are governed. It sheds light on the fact that there is no real system of governance that binds the benefactor and beneficiary in a way that creates a political community and confers both rights and responsibilities to its community members.

And while I like the ethos of “citizen”, I stutter with the word.

“Client” stands in stark contrast to “citizen”. While citizenship implies rights and obligations within a political community, clientship is what fills the vacuum with the rollback of the state, when the state is not able to fulfill its obligations to its citizens. Clientship is the result of the projectification of service delivery across different donor-funded initiatives. The “client” in clientship, in this way, is perhaps accurately descriptive of what the “beneficiary” is.

There is a good piece, Therapeutic Clientship: Belonging in Uganda’s Projectified Landscape of AIDS Care (Whyte, Whyte, Meinert, Twebaze 2013) that strongly influences my thinking on the word “client”. The authors write:

“‘Clientship’ is a productive double entendre when applied to the field of [antiretroviral therapy] ART in Uganda. The patients receiving ARVs through AIDS clinics are clients in the ‘user-of-services’ sense; that is, they are people utilizing the professional expertise provided to them by rational bureaucratic organizations. They are also dependent for their lives on access to ARVs dispensed by donor-funded projects, and they are drawn into exchange relationships with projects and people controlling access to those vital resources. In the classic pattern of patron-client relations, they tend to personalize their interactions with health workers and other project personnel.”

The “user-of services” or “service-mindedness” sense of “client” seems benign enough and I’ve even resigned myself to its neoliberal tinge.

But what really bothers me is the patron-client hierarchy in clientship.

No one in the aid and philanthropy world has actually put forth “consumer” as an alternative to the word “beneficiary”. However, there are various efforts to begin treating them like consumers in a private commercial market. Namely, developing a practice of “beneficiary satisfaction” that would be analogous to customer satisfaction.

I generally like the spirit of “beneficiary satisfaction”. It suggests that the beneficiaries in aid and philanthropy are powerful in relation to their suppliers.

But this mental model is problematic as well:

“Stakeholder” implies a party that has an interest in an enterprise or project. A corporate enterprise might have multiple stakeholders with different, even competing interests (i.e. shareholders and employees are both types of stakeholders).

Like the word “stakeholder”, “constituent” could be similarly vague. At times—typically as an adjective— it simply means being a component part of something.

But as a noun, “constituent” suggests something much more political and powerful. Here are some things from an online dictionary:

But given our alternatives, constituent gets at the heart of what we want for the future of aid and philanthropy.

A beneficiary passively receives what its benefactor gives it.
A constituent authorizes what aid and philanthropy can do.

A beneficiary is not empowered to control what affects it.
A constituent can affect decision-making.

A beneficiary’s voice is not heard in aid and philanthropy.
A constituent’s voice is that around which the ecosystem is organized and oriented.

THE BABY IN A BUCKET

I forced my colleague to proofread this piece. She raised an eyebrow.

“This is ridiculous,” Sarah said. “No where in this argument do you ask actual ‘beneficiaries’ what they want to be called.”

Touché. She’s right. A critical theorist in the making, she is asking Can the Subaltern Speak?

I give the “beneficiaries” zero agency in my argument. Do they really just passively receive? Of course not. Any ethnography in global health or development shows how actively and intelligently “beneficiaries” navigate and manipulate the complex ecosystem of projects and actors.

So forgive me in this arrogant exercise. If you are a direct “beneficiary” of a project funded through some aid agency or philanthropy, let me know what you want to be called.

Others—not necessarily “beneficiaries”—have thought much more about this issue and I would love to listen to your additional reflections on the matter. Language and meaning constantly evolve; knowledge adapts and expands, as it should.