When will the World Bank prioritize learning over lending?

The World Bank is a bank– at its core it lends money to developing countries for capital programs. It has tried–to its credit–to be much more than this.

In 1998/1999, it published its flagship World Development Report Knowledge for Development. The report “acknowledges that knowledge, not capital, is the key to sustained economic growth and improvements in human well-being.” It conflates knowledge with technology and information, suggesting that knowledge is like a commodity that can be easily packaged and consumed.

Reports aren’t knowledge. This is what Peter Senge, author of The Fifth Discipline, explained at the World Bank today, sixteen years later.

The room filled with nervous chuckles. There was tacit knowledge that Senge was on to something. 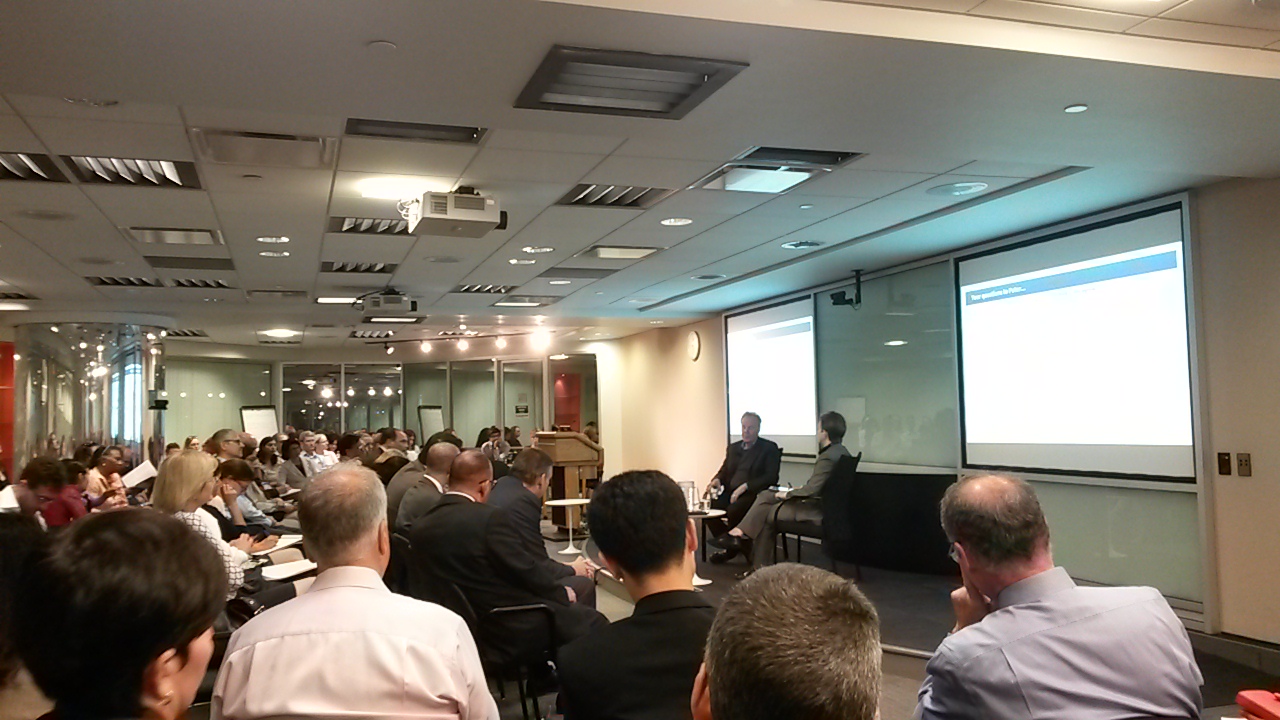 Soon after joining the World Bank, I was socialized to casually use the phrase “knowledge product” as though it meant something. And it did– tacitly, it meant I was working on a glossy-papered publication that likely no one would read.

In 2014, in a strangely transparent meta-analytical exercise, the World Bank issued a report called, Which World Bank Reports are Widely Read? It found that 517 reports were not downloaded at all (between 2008 to 2012). 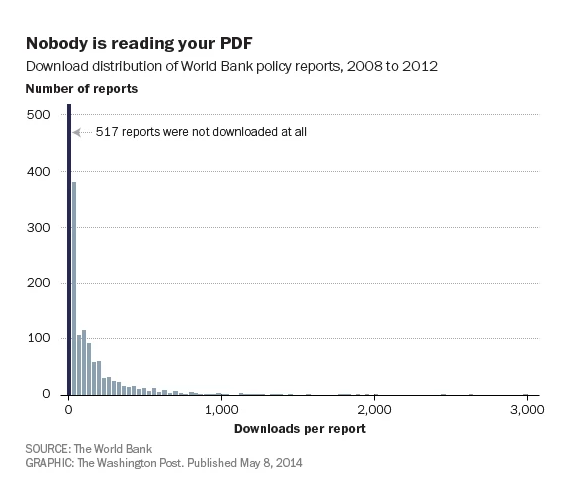 If reports aren’t knowledge, what is?

According to Senge, knowledge is the capacity for effective action.

Reports, on the other hand, might capture information or insight. You know, best practices and lessons-learned. These things, in themselves, do not constitute capacity for effective action.