LabStorm: Could we use citizen feedback to save 7 million lives? 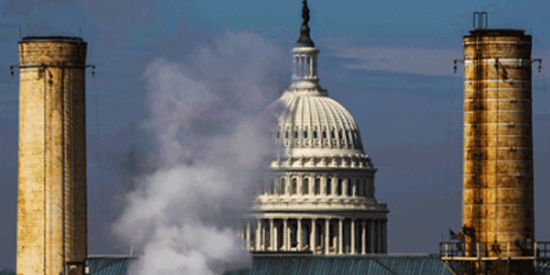 Imagine that your home sits by a coal-burning power plant. You worry that it’s affecting your health. You’ve read that it affects the brain development of your children. But the problem is that you don’t really know– meaning, you don’t have data to show your local politicians and advocate for change.

What if you could get this air pollution data easily and cheaply?

Feedback Labs is experimenting to see if this is possible. We hypothesize that in the long-run, putting this kind of data in the hands of regular people will help empower citizens and pressure governments to respond to air pollution problems. 7 million deaths are annually linked to air pollution. If the numbers don’t speak for themselves, the new UN Sustainable Development Goals call for an air quality metric.

On Thursday, Feedback Labs hosted a LabStorm to discuss the progress of its Environmental Sensors experiment in Sao Paulo, Brazil. We were joined by several project leads (Frontline SMS, Internews, and Development Seed) and other Feedback Labs members in DC and Brazil.

The new “citizen” air quality monitors are able to collect data at a rate that is 1/500th the cost of some government sensors. While there are real differences in the technologies used for low and high-cost sensors (optical sensors versus mass concentration sensors), the low-cost versions can be quite accurate.

Moreover, the data goes to an open-source platform for regular people to use. Eventually, this kind of data might be visualized on maps to look like the Real-time Air Quality Index in Beijing. Compare this to the air quality data that government sensors collect sometimes only for distribution to a few people within government agencies.

Where’s the transparency and empowerment in that?

Now that the prototype is done, it is being deployed and tested.

The next big steps will also involve working to represent the data in a meaningful way for citizens to use and developing strategies for community engagement.

Find out more here and here. Lots of questions and excitement remain so stay tuned for more info!

A Tech-driven Approach to Democracy
March 5, 2021