How do funders encourage grantees to listen? 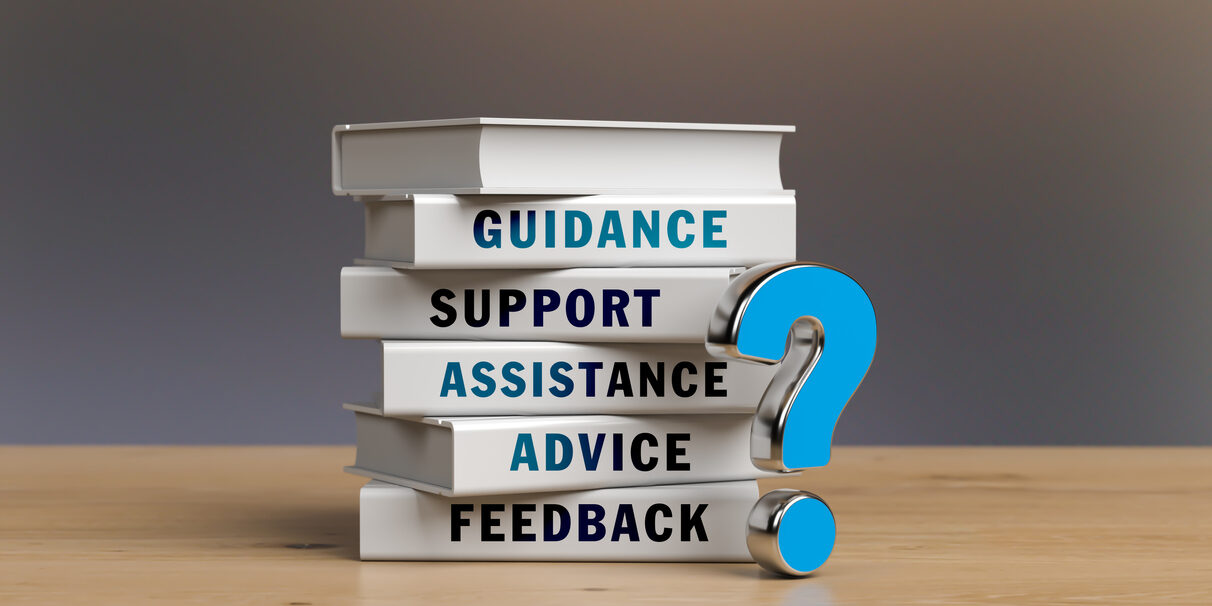 This is the second in a series of posts contributed by the Feedback Incentives Learning Group, a group of funders convened by Feedback Labs that are dedicated to encouraging peer funders to listen to the people most harmed by the systems and structures they seek to change and supporting their grantees to listen as well. In this blog series, learning group members share their insight into and experiences with encouraging foundations and nonprofits to listen and respond to the people who are most impacted and often least consulted by philanthropy and nonprofits. The first blog in the series is here. This blog was originally posted by the Center for Effective Philanthropy.

During a site visit to the Memphis Child Advocacy Center, the Plough Foundation asked some “decidedly non-routine” questions about how the center was listening to the people affected by their work. The center had recently upgraded its security system with a grant from the foundation, and when Plough’s director of research and evaluation visited the Center, she suggested the Center ask staff, volunteers, and clients whether the upgrades had helped them feel safer. Having a funder start a conversation about how the Center could listen felt different, according to its executive director, but it also inspired the Center to find more ways to listen to its clients. And while responses to its initial staff survey about the security upgrades were positive, it also uncovered gaps in communication around security.

When a foundation encourages and supports its grantees to listen to the people at the heart of their work, great things happen. But how many foundations start these conversations with their grantees, as the Plough Foundation did? And what support can funders offer to grantees to enable them to listen better? These were the questions that the Feedback Incentives Learning Group set out to answer. They hypothesized that asking grantees how they listen and providing listening-specific capacity-building support were two easy ways that foundations could start supporting their grantees to listen better. But they didn’t know how many foundations were already engaging in those conversations or providing that support.

To find out, the Feedback Incentives Learning Group worked with CFLeads, Grantmakers for Effective Organizations, and the National Center for Family Philanthropy to design and distribute a survey to foundation staff and trustees across the United States and around the world. Together, they surveyed 121 representatives of 112 foundations to find out whether and how they ask their grantees how they listen to the people most impacted by their work, and whether and how they support their grantees to listen better. They heard from trustees and staff at all levels of community, family, private, and corporate foundations. 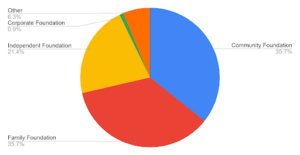 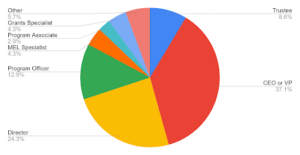 The survey results were heartening, yet also demonstrate that we have further to go as funders in encouraging and supporting grantees to listen to the people most affected by their work. Here are a few key takeaways from the survey’s results:

Surveyed foundations care about how their grantees listen

Proportion of surveyed foundations that ask grantees how they listen 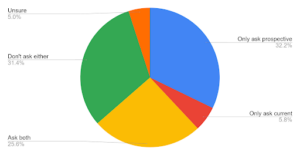 Methods that surveyed foundations use to ask grantees how they listen 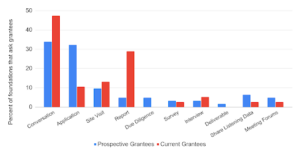 Foundations are increasingly supporting their grantees to listen better 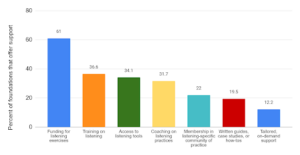 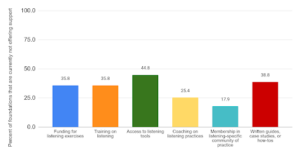 The patterns described above are consistent across the different types of foundations represented in the survey responses. Yet when we look at responses from the 70 survey respondents who provided their job titles, we see intriguing discrepancies in what different types of foundation representatives say about whether their foundation asks grantees how they listen and how they support them to listen better. For example, 83 percent of surveyed trustees, all of whom represented family foundations, say that the foundation they represent asks either prospective or current grantees, or both, how they listen. Yet only 55 percent of surveyed staff (including CEOs, VPs, directors, program officers, MEL specialists, grants managers, and associates) that represent family foundations say that their foundations ask grantees how they listen.

Does this reflect actual differences in the ways that different foundations encourage and support grantees to listen, or does it point to a high variation of practices around supporting grantee listening, or awareness of those practices, within foundations? Anecdotal evidence from the survey suggests it may be the latter — seven foundations were represented in the survey by multiple respondents, and for six of them, respondents from the same foundation gave different answers about whether the foundation asks prospective grantees whether they listen to the people at the heart of their work.

Foundations increasingly recognize that it’s essential that grantees be able to listen and respond to the people most impacted by their work. Asking grantees how they listen, starting a conversation about what they need to listen better, and then providing support to help them increase their ability to meaningfully respond to the people at the heart of their work, are easy ways that foundations can support more equitable programs and advocacy that align with community desires. Foundations seem to be increasingly taking these steps. Is your foundation doing the same? To go further:

If you have questions about or would like to dig into these survey findings, email Megan Campbell at [email protected].

In the next installment of this series, we’ll dive into what these survey responses tell us about what motivates foundation staff and trustees to change their foundation’s listening practices, and how able they are to do that.