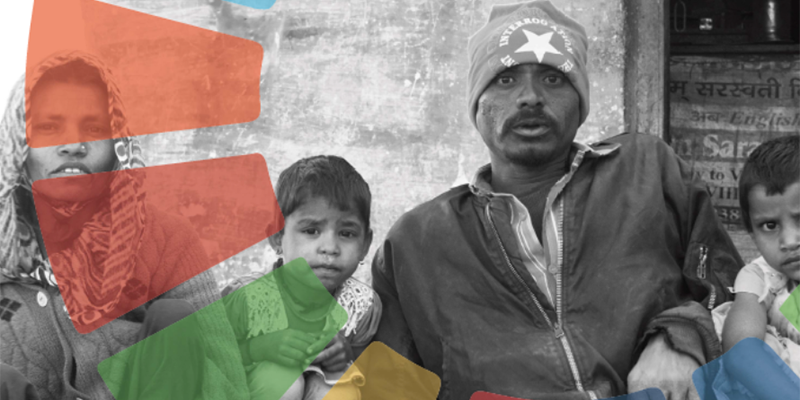 ‘The 100 Hotspots: a snapshot of socially excluded vulnerable population groups and SDGs in India’, is a first of its kind study on the less recognized population groups in India and their status in the implementation of the Sustainable Development Goals (SDGs).

Large groups of the Indian population face social exclusion and discrimination based on their social identities. Groups facing discrimination include – belonging to “untouchable” and lower caste communities (Scheduled Caste), tribal and Adivasi communities (Scheduled Tribe), religious minorities and those continuing nomadic lifestyles. Together, these communities constitute almost 40 percent of the population. Their identities perpetuate social and economic disadvantages, resulting in endemic poverty, discrimination, and violence.
The 100 Hotspots is an attempt to draw attention to these groups’ status, and the specific challenges they face. We must ensure that no one is left behind and that all can enjoy a life of dignity. The 100 Hotspots process is community-driven, with community SDG champions generating qualitative and quantitative data to share with policymakers at the local and national level. This data leads to necessary policy creation and implementation. By utilizing a community-driven approach, 100 Hotspots has successfully reached and engaged marginalized populations.

Background on the 100 Hotspots Project

The 100 Hotspots is a study managed by Wada Na Todo Abhiyan (WNTA-Do not break your promises campaign). WNTA is a civil society platform, initiated in 2004 with over 3000 civil society organisations/network members working on diverse development issues and multiple disadvantaged communities across the country. The study is also part of a larger collective process anchored in the Leave No One Behind partnership, which is a coalition of civil society organisations on the global, national, and community levels. Partners are working towards a more participatory and inclusive SDG implementation, aiming to make the voices of marginalised groups heard and count.

Using community-driven data and feedback, the 100 Hotspots study wants to make the voices of marginalized communities Heard and Count: by a) identifying the ‘left behind’, b) measuring the extent and intensity of their deprivation, c) using people-driven advocacy to make sure appropriate policy and implementation interventions can be made in order to include them in future policy decisions.

Key aspect of 100 Hotspots is its inclusive and participatory approach, giving vulnerable population groups an active role in conducting the research: they are trained to collect relevant monitoring data and empowered to become ‘Community SDG Champions’, by providing feedback from their community to local decision-makers.

How does 100 Hotspots leverage community involvement for better results?

So far, the 100 Hotspots project has highlighted 25 excluded population groups. We plan to expand its impact in the coming years. The process will bring less-known vulnerable population groups and India’s challenges in achieving SDGs into focus. We aspire to continue and strengthen multi-stakeholder advocacy at the state and national levels, to further India’s SDGs achievements and ensure no one in India is left behind.