Can Listening After Disasters Provide an Opportunity for Gender Equity? 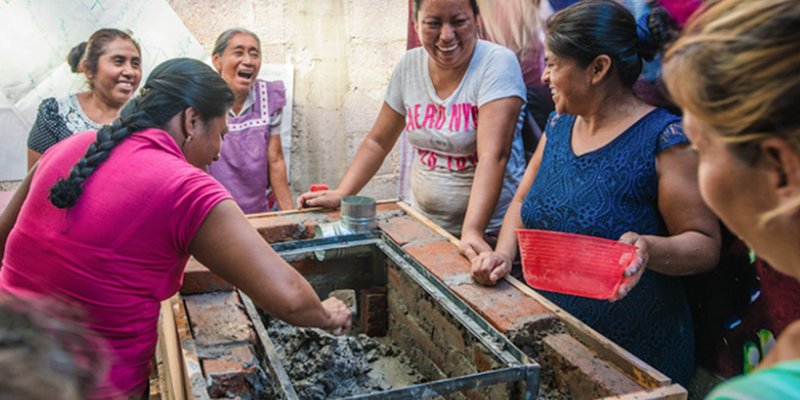 Fondo Semilas is a feminist fund: we are focused on listening to women’s voices and needs to move towards greater gender equity. We gather funds from other organizations and individual donors around the world and re-grant them to women-led or women-focused groups. These organizations work towards improving labor rights, sexual and reproductive health and land rights, ending gender violence, and many other topics to achieve gender equality.

It was only recently, after the two earthquakes that hit Mexico in September 2017, that we began doing disaster relief work. In some ways, the groups fell under our feminist mandate because they were women, but in other ways it was a departure from our traditional model.

It was only after doing the work deeply that we got to understand the issues that women face after an earthquake. Responses from the government focused on men, landowners, or external agencies implementing programs that did not respect women’s needs or cultures.

It was through learning that women were not being listened to and needed to be heard that led us to support the existing female leadership post-disaster.

We had the opportunity to see firsthand the effectiveness of responsive community-led relief efforts. For example, there was a group of women in Puebla where, due to a lack of government help, self-organized a shelter in a primary school. They then organized donations that were coming from other states into a community market and created their own currency that they distributed to people in the community to buy groceries. This way of organizing donations allowed for a more equitable distribution and prevented conflicts that did arise in other affected communities. It also encouraged participation from all community members because they took turns working in the market. Our disaster relief project focused on providing community leaders with funds so that they could carry out their local projects, the only ones that actually focused on their real needs.

In many communities we work in, women are limited to domestic work.

Fondo Semillas gives women agency to decide their own projects.

During reconstruction we saw how crucial this perspective was: many of the new houses didn’t even have a place for a kitchen. Women were not being taken into consideration. Through having work, having a project, women realized how much they could do. For me, gender equality in these communities is about participation and decision making. They should be able to choose whether to work or not and how their community is rebuilt.

Fondo Semillas’ work is not just re-granting. We carry out an individualized plan for each partner, providing them with opportunities (communications, fundraising, administration, strategic planning, M&E, etc.) based on their needs. As we support these women, we do site visits to get feedback. We want to know what they need the most. What we don’t want is to place our expectations or assumptions on them – this will just take away their agency again. We need to hear from them to see how best we fit in, without becoming a burden. For example, one finding after the earthquake was that we needed to add risk reduction and security protocol components to our project, so we organized different workshops for our grantee partners in these topics.

We also discovered through site visits that women were carrying the emotional burden of surviving an earthquake and lifting up their communities by themselves. Even though it was not something we had thought of before, we realised our biggest contribution to this process could be offering them a space with a psychologist where they could safely talk about their feelings as a group, and use peer support to come together. After the earthquake, no one had time to stop and think about the emotional effects – fear, sadness, anxiety. Work had to be done. But the accumulated trauma has gotten in the way of their work, health, and personal relationships. Even the grantees who provided these types of workshops to their community were not receiving psychosocial support for themselves! It goes back into the exact stereotypes we are trying to dismantle, that as women, we think we must always present ourselves as strong.

This was our first experience in doing disaster relief work, but we are considering keeping these projects for the long term. It will all depend on the feedback – on what the women want. 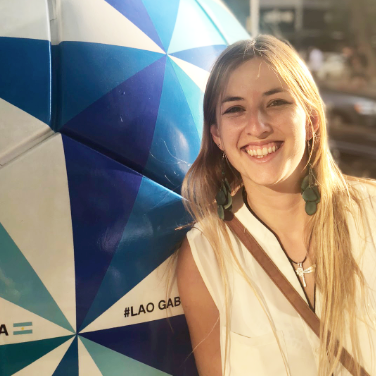 Florencia Bluthgen earned her bachelor’s degree in social communications in Buenos Aires and her master’s degree in sustainable international development from Brandeis University, Massachusetts. She has worked in nonprofits in Argentina, Haiti, Colombia, Mexico, and the U.S. in education, poverty alleviation, youth development and women’s rights. She is currently the project manager for Fondo Semillas’ Women Rebuilding their Communities project, a special project that supports community groups led by women working on the reconstruction of their communities after the 2017 earthquakes that hit central and southern Mexico.