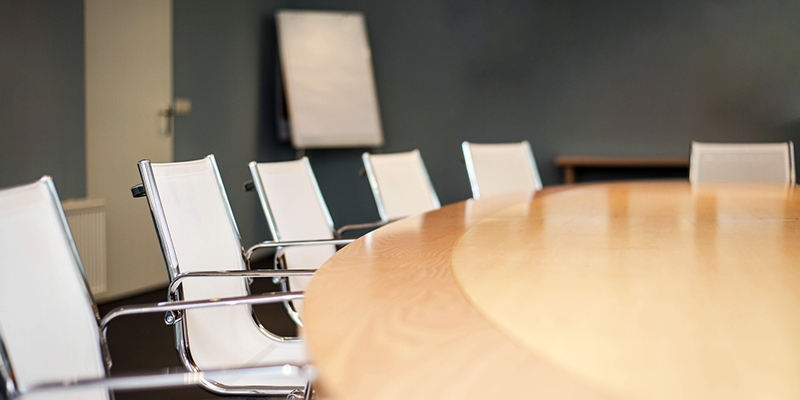 We are publishing the blog anonymously at the request of the author, who is undocumented and living in the United States. In this powerful piece, they detail what it’s like to give feedback from a precarious position and be met with inaction.

In 2016, while I was in graduate school, I helped found an undocumented student group whose first strategy was to appeal to the administration to create and expand resources for undocumented students. Over the course of that year, the dragging conversation made us understand the distance between promises made and promises kept by wolves dressed in allies’ clothing. At first, we didn’t know how to navigate the weeds of manipulative words, much less know how necessary that skill would be. We won our first small victory on an otherwise still December day—one month after Trump’s election—when we secured a meeting with the Office of Central University Affairs, whose attention we had been coveting.

“You’ve come to the right place,” Roberta, the Director, affirmed to us.

Having been offered quite literally a seat at the table, we wasted no time reiterating our list of grievances: incorrect and excessive tuition bills, lack of eligible jobs, no legal aid or resources, no mental health resources to counter the daily dread of living while undocumented, ignorant comments and attitudes from our professors, and a general campus culture of neglect. Acutely, one of us faced the looming possibility of homelessness. Roberta, listening intently, eye contact and all, was disappointing yet logical in her answer: because each school within the university operates semi-autonomously, the road to resolving these issues for each of us lay within each school’s administrative body.

“As members of the university, you deserve to be heard, and we will do right by you,” She assured us, promising her office would be active in these conversations.

It was the familiar ambivalent mix of non-answers and wary promises we had heard from others. Having come this far, though, we left with reason to believe we were closer to creating change.

That year, after a quiet winter break, we regrouped together, hungry for action. Promises remained pending, issues still lingering. The situation of the near-homeless student, now forced to bounce between friends’ homes, became increasingly calamitous. After more meetings with school administrators, they only offered us the same tepid response as Roberta: in order to change policies, they needed approval from university-wide officials. Our concerns met the blunt silence of bureaucracy, wading and eventually freezing in cold emails.

If we had come to the right place, why didn’t we receive any better answers? Were our concerns merely another item on a staff member’s docket to forward before they left their office at the end of the day? Inaction is as much of a choice as action. Our very political existence is the result of a crisis, and we can’t afford to have patience for those who can’t empathize with us. Through dispossession we’ve learned the hasty art of making something out of nothing, and this situation was the latest to prove that.

Months of neglect forced us to shift from dialogue to ultimatums. Dialogue, as a strategy, simply yielded no results.

Our friend facing homelessness had run out of time and options (and as a queer trans woman, she faced an exponentially higher probability of facing violence than her cis-heterosexual counterparts). We demanded a meeting with the Dean of her school and brought to him the possibility of media attention should inaction continue. That following Monday, our friend received funds in her student account to cover her summer housing, appearing without any notes. Demanding had brought results in one weekend what dialogue couldn’t do in months. For the first time, we were speaking their language.

It became apparent that until that moment, the administration’s interests and our own did not align enough for them to feel compelled to act. Their assurances that our voices were heard, that they would follow up, and follow up, and follow up were ultimately the very barriers against progress. In their eyes, we were more liabilities than people, to whom they’d rather send hush money than face PR damage control. Only until they had no choice did their actions finally match their lofty words.

In splintered political times defined by disagreement, when people are too often more interested in being right than being engaged, attempting to reconcile social fractures is a fraught but noble endeavor that can only be accomplished through listening, dialogue, and feedback.

However, it’s precisely because these methods are so indispensable that we need to scrutinize them all the more. Ramifications to their mishandling or misappropriation are injurious, yet we repeatedly undervalue their required commitment and skill. This widespread fetishizing of finding “the middle ground” erases from sight the violent distance, the distancing, that produced that very separation, such that the imagined result of reconciliation takes precedence over the actual work required to obtain it. In such cases, what happens when dialogue becomes the primary instrument with which to stunt progress? What do we make of feedback when people weaponize it?

If you are in similar positions of power, especially working with those who are dispossessed, how far will feedback take you when your professional and personal interests go against it? If you claim to listen, can you also hear the silences? Do you have the capacity to hear your own silencing? Because some of us will not be able to afford the luxury of your delay.

You or I may not be personally responsible for the structures of inequality under which we live, but it is our everyday actions that affirm or resist them. Oppressed people are not soundboards whose buttons are yours to push. It is a privilege to listen to us and our stories. If you aren’t willing to consider the full weight of them, as well your own room within this house of inequality, then you might as well not listen at all.