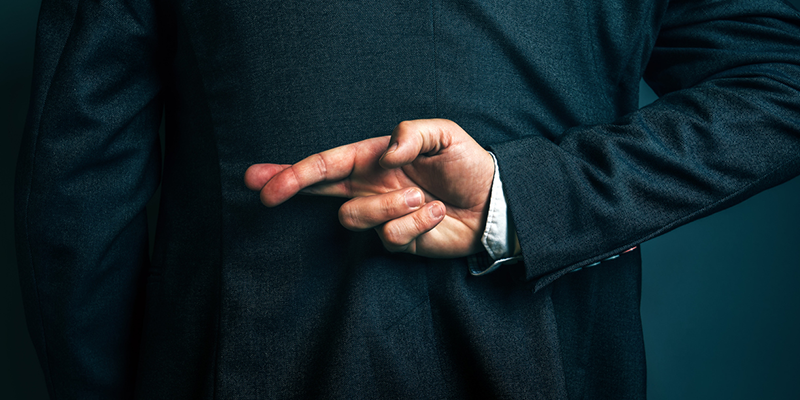 Earlier this week I was speaking to someone who works at a foundation and who is facing a quandary. Like most philanthropic funders, the foundation staff offer several ways for their grantees to give them feedback. And, also like most funders, they sense that there’s a lot that their grantees aren’t telling them. The feedback their receive doesn’t quite feel candid, or completely honest. They’re asking themselves – what are they missing?

Honesty is the linchpin of good feedback. It’s also rare.

Which makes sense – why would I be candid with someone if telling them the truth might hurt me? What incentive does a foundation’s grantee have to be honest with the people holding the purse strings? The organizations we work with who get the most candid feedback put significant effort into building trust with the people from whom they’re asking for feedback. Honesty is not easy to achieve.

So, just to be difficult, let’s add a level of complexity. What if we’re not talking about a not-for-profit grantee being honest with their foundation funder? What if the ‘funder’ is the collective body of UK taxpayers, and the “grantee” is the UK’s Department for International Development? Should DfID give honest feedback on how its development efforts are going to UK taxpayers?

Craig Valters and Brendan Whitty of the Overseas Development Institute argue ‘yes’ in their new report, detailing how a focus on results has played out at DfID over the past 10 years. That focus, they argue, has impeded DfID’s ability to provide the best fit support for complex, changing development challenges. This is because the measurement for success has always been an ability to meet pre-determined targets, rather than an ability to adapt solutions to context.

Moving forward, they advocate for a more honest conversation with British taxpayers about UK aid: what it’s achieving and what it’s not.

Public support for aid is on the decline in the UK and it’s clear Craig and Brendan hope a more candid discussion can reverse that trend. It’s a rallying cry with a lot of integrity, and they make several good points. In particular, I like that they’re explicit that an honest conversation means being neither too simplistic nor too evangelical about aid. An honest conversation can’t patronize the British public.

But there’s one point I would add. An honest conversation about aid can’t assume that the British public should support it. My rather dog-eared copy of Crucial Conversations argues that the point of being persuasive in a conversation is not to persuade the other side you’re right. It’s to ensure that your perspective gets a fair hearing in a back-and-forth flow of meaning between people.

An honest conversation has to be open to the possibility that the side in favor of aid doesn’t carry the day.

Maintaining an honest conversation about aid will require integrity and discipline. People often trust eloquence more than honesty, and it will be tempting to go with the most convincing argument rather than the honest truth. But it is this type of conversation that will be critical to bolstering not only trust in aid organizations, but the impact those organizations are able to have in the world. What kinds of policies and practices to do we need to get us there?