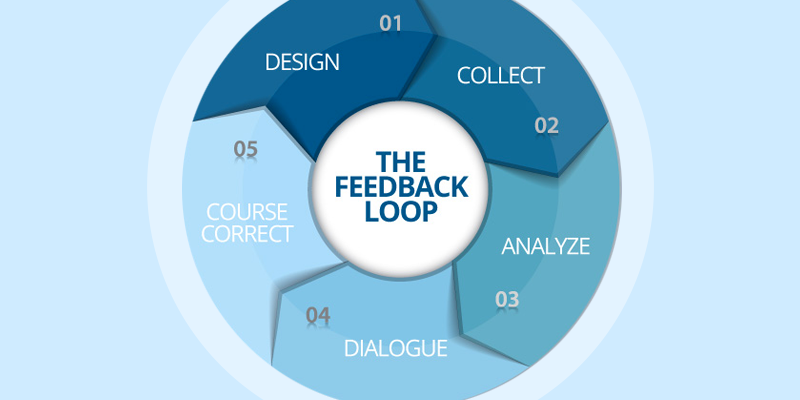 Welcome to Feedback Fundamentals. In this series, we’ll be getting back to the basics and highlighting what it means to “close the loop.” Whether you’re well versed in the jargon or new to the feedback community, this series will introduce you to ideas, frameworks, tools and approaches that we believe are essential for a strong feedback practice. Feedback Fundamentals is all about building a strong foundation and realizing a vision of listening to the people you seek to serve.

In the previous article, we examined why we at Feedback Labs believe that listening to and acting on constituent feedback is the right, smart and feasible thing to do. Now, we’re looking at the first step of a closed feedback loop: buy-in. 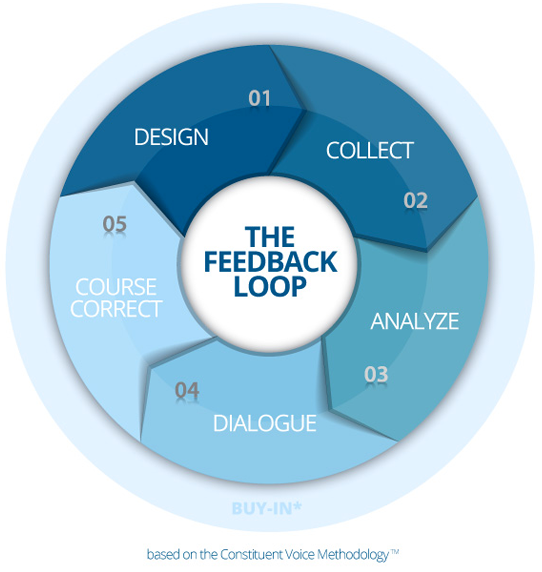 Why are you collecting feedback? This is perhaps the most important question to ask yourself before you embark on collecting or analyzing feedback. Answering this question means knowing who you hope to collect feedback from, who you hope will use the feedback you collect, and how you hope they will use it. Buy-in is the process of building support for your feedback initiative among the various stakeholders who will be involved: target respondents, people you are hoping will use the feedback to make decisions and take action, people who might influence those decision makers, and others. The idea is that if people support the process before it begins, they will be more likely to use the feedback once you have collected it.

So who needs to buy-in? That depends on the context you’re in and what change you’re hoping to create with your feedback initiative. Only you can answer that question. Asking “Who are the people or groups whose provision, use, or effect on the outcome of the feedback?” will be mission-critical. Our members find there are three groups in particular who often need to buy-in to feedback initiatives: programmatic decision-makers, front-line staff and the people you seek to serve, your constituents.

Buy-in from your front-line staff can also improve the quality and relevance of the feedback you collect. Ground Truth Solutions focuses on creating buy-in with their front-line staff early-on in the feedback process so that their staff engage in identifying the most critical feedback to collect. The process of building buy-in can also help alleviate staff concerns that feedback will be used against them. Front-line staff are often in the position of responding to feedback from the people you seek to serve, so it’s important that they are supportive of the idea of collecting and acting on feedback.

We often say that buy-in is step 0 – it has to happen first, but it also has to happen continually. Securing initial buy-in from the start is a necessary,but not sufficient, condition for the success of any feedback loop. But as contexts and conditions change, it’s important to revisit the buy-in step, and ensure that new and continuing stakeholders feel invested in the feedback process.

Next up: read about the second step in a closed feedback loop: design!