Focus on People and Stop the Hashtag Activism, Already 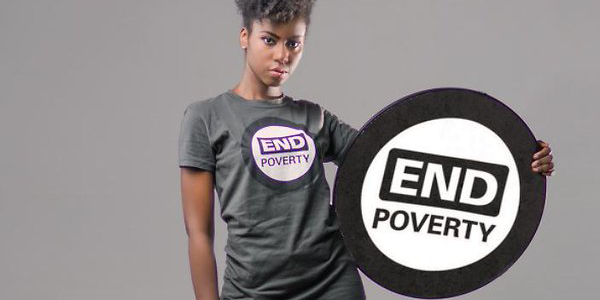 This post was originally published on the Two Dollar Challenge blog, and is cross-posted with permission. The prompt I am responding to is: “What is my role in the story of poverty’s end?”

So you want to end poverty. But for starters—how do you define what it even is?

If you put 100 people in a room together, they might have 100 different answers. Many argue for a “poverty line” —a threshold—below which a household or individual is considered poor. Occasionally these lines are absolute; other times they are relative. Some argue for using consumption as a welfare indicator. Others argue for using income. Some talk about country-specific poverty lines. Others refer to an international poverty line set at $1, $1.25, $1.90, $2.00. Why not $2.25? Still others argue that there are non-monetary indicators of poverty: food, safe drinking water, sanitation facilities, health, shelter, education, information, and access to services.

The debate is lengthy. Measuring poverty is imperfect.

Don’t get me wrong—data and measurement are important. How can you eliminate something you can’t even measure? But in this drive to measure and end poverty, we’re often misguided.

1. Too often, you’ll assume the statistics to be true.

In trying to name what poverty is and who is poor, you might try to describe it with statistics. Such is the luxury of not being poor.

We assume statistics to be infallible when, in fact, they’re like many man-made things—subjective interpretations full of power and politics. To name something is an exercise of power—s/he who measures and names is powerful; s/he who receives that name is not. It’s strange that a small cohort of people can proclaim what poverty is for millions of other people.

The Chief Economist and Senior Vice President of the World Bank Group recently said, “Data gives representation to people who may otherwise be marginalized and forgotten…”

True—but what constitutes “data” or “evidence” is a political thing. I am of the conviction that people need to represent themselves, lest our definition of data marginalizes and forgets them.

How can we do better? Talk to people—and by people we mean the direct intended final recipients of aid or philanthropy. The Food and Agricultural Organization’s Voices of the Hungry project does something radical: instead of building elaborate (and sometimes misleading) models to estimate the prevalence of undernourishment, it asks people if they’re hungry to see if they are.

The project better understands who is hungry and how they are hungry—not just prevalence. After all, hunger manifests in different ways for different people. Moreover, these surveys are done with the Gallup World Poll; if conducted well, the individual feedback aggregates to produce statistically representative data.

2. We often forget about the people behind the poverty.

In our attempt to end poverty, we observe populations and erase people. By observing populations, the research agenda—the job of producing statistics—often becomes more important than actually helping people.

Vincanne Adams, in her chapter of the book, When People Come First, explains better than me. She quotes the sociologist Robert Castel:

“The new [preventative strategies of social administration] dissolve the notion of a subject or a concrete individual, and put in its place a combinatory of factors, the factors of risk…The essential component of intervention no longer takes the form of the direct face-to-face relationship between the carer and cared, the helper and the helped, the professional and the client. It comes instead to reside in the establishing of flows of population based on the collation of a range of abstract factors deemed liable to produce risk in general.”

Poverty is an abstraction. People shouldn’t be.

How can we do better? Listen to the poor as they speak about their lives and what it means to be poor. The World Bank’s Voices of the Poor project did just this by collecting the voices of more than 60,000 poor women and men from 60 countries.

If you work on a development project, get feedback from your constituents. Put them in the driver’s seat by making sure you close the loop: don’t just collect their feedback, use it start a dialogue with them—to re-humanize the data—and use their feedback to improve your project and address their concerns.

3. We overlook the role of inequality and the need for systemic change.

Not long ago, a not small number of people believed in “trickle-down economics”. Crudely, the idea was that as an economy grows, wealth that accumulates at the top of society would trickle-down to the poor.

That’s not how it works. Mongolia’s economy grew at more than 16% in the first quarter of 2012. On average, it has grown at more than 9% in the last decade. But the benefits of economic growth have not trickled down to the rural poor who are today actually worse off than before.

It makes no sense to talk about addressing poverty without also addressing inequality. Oxfam International just released a report saying “the combined wealth of the richest 1 percent will overtake the other 99 percent of people in the next year.”

Power in aid and philanthropy is skewed. Those who have the money—bilateral aid agencies, multilateral international banks, private philanthropies, even small charities and NGOs— decide who gets helped and how. Accountability is limited: usually donors are held accountable to anyone but the very people they intend to help. And who’s best positioned to assess whether these aid organizations do their job well? You guessed it—the people themselves.

How can we do better? Break the inequality and the monopoly aid workers and philanthropists have over voice. Ask constituents for their feedback. Don’t just swoop in, drop your PlayPump and then leave the community. Ask people what they want. Then, through the whole process of designing, implementing, and evaluating a project, thoughtfully procure feedback to know what’s working and what needs improvement.