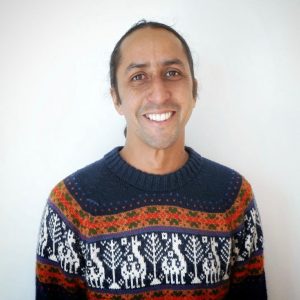 Sanjay Fernandes is from Bogotá, Colombia. He is the father of 2 beautiful boys, an economist, interaction designer, educator and electronic musician. His work at SOLE (Self-Organised Learning Environments) Colombia seeks to create a simple powerful solution to transform the future of education. SOLE is a disruptive education methodology developed by TED Prize winner Sugata Mitra. It empowers communities to develop: autonomy, collaboration, deep learning, and most important of all: it helps them solve real-life problems! Since 2014, Sanjay has scaled the methodology to reach more than 417,000 people of all ages in more than 800 schools, 1,400 public libraries and hundreds of public spaces with connectivity, in collaboration with the government, private companies, the social sector, and citizens. Due to their work, SOLE Colombia was nominated for the 2017 Best Leaders of Colombia Award from the Leadership and Democracy Foundation, Semana Magazine and Telefónica.

Sanjay is excited to share everything he has learned so far working on SOLE, as well his obsession with changing the world. In the Fellows group, he hopes to find like-minded changemakers who want to have deep conversations about the future we envision.

Our purpose is to design the future of education in Colombia. Our passion is to connect education, technology and rural Colombia. We do it through SOLE (Self-Organised Learning Environments). SOLE is a disruptive education methodology that empowers communities to develop autonomy, collaboration, deep learning, and most important of all, to solve real-life problems! A SOLE session is simple, all you need is a room with people, a few computers with internet access and Big Questions. In a SOLE people self-organize to find answers to questions without a teacher. In this intellectual adventure, learning emerges from the participants’ interest.