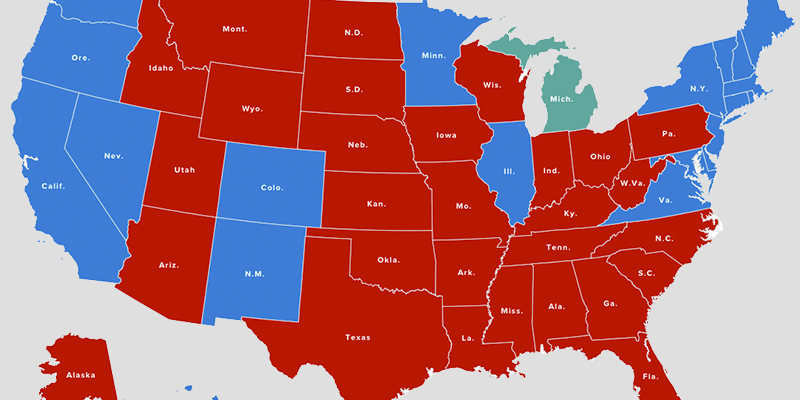 Their reactions were heartfelt, real expressions of the disappointment and fear that they feel. They are real and shouldn’t be dismissed. But after the dust settles, if it does, it’s going to be critical that we examine what comes next.

My Democrat friends are not alone in offering their explanation for why Donald Trump won. Journalists, commentators, my local bartender – everyone, Democrat or Republican, is rushing to proffer an explanation for the election result. Most focus on one reason, one unifying theory to explain Trump’s victory. And they are almost all explanation without conversation.

Feedback on its own is simply an invitation to conversation. That’s all it is – an invitation. Feedback, whether a survey response or a vote, is the means of opening up the possibility of deeper dialogue. Feedback alone, particularly binary feedback like the result of an election, doesn’t replace the conversation. Feedback tells you where you might have issues, where to direct your attention, whether people approve of you and your actions. But it doesn’t tell you why – it doesn’t give you the answers you need to take better action. Feedback alone doesn’t tell you what to do or why people have reacted to you the way they have.

If we listen to feedback and then assume we know what it means, we are missing the point of the feedback exercise. We are opting out of the feedback loop before we reach the critical last step – letting people know what we took from their feedback and inviting them to respond again. If we see an election result and assume we know why it happened, we are cutting ourselves off from the knowledge we need to change the outcome next time.

Avoiding the tough conversation limits our ability to take effective action. If we stop short of diving into the deeper dialogue that leads to meaningful course correction, we may as well not have invited or heard the feedback in the first place.

The suggestion that young Democrats move to the midwest is one of the more interesting I’ve heard lately. It’s value is not necessarily that it would change voter demographics in key states, as the author reasons, but because it would put policy makers like my DC-based friends into proximity with people with whom they need to be having tough conversations. Living near someone doesn’t guarantee dialogue will occur, but it might enable it.

People reeling from the election results shouldn’t need to uproot their lives to start a conversation, but they do need to look for ways to engage in true dialogue – and accept that it may feel uncomfortable. Whatever the strategy, the feedback encapsulated in this election result is an invitation to dialogue. It’s particularly important that people who were shocked by the result heed it. Let’s get the conversation started.