What if you disagree with the “experts”? 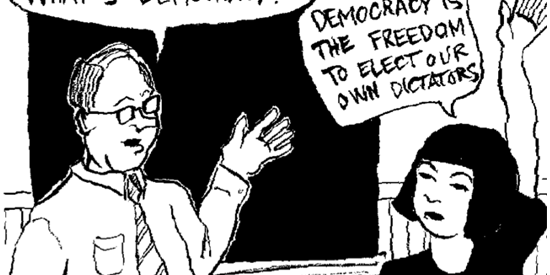 This is the second of two posts that investigate the Center for Global Development’s recent blog post, The Political Paradox of Cash Transfers.

After all, who doesn’t want to be better off?

Justin Sandefur, at the Center for Global Development (CGD), explains in a blog, The Political Paradox of Cash Transfers, that it’s not that simple: in a recent poll, two-thirds of Tanzanians would rather spend the country’s gas revenues on government services than cash transfers. This increased to 77% when those polled received information and had a chance to discuss the issue in groups.

What do you do when constituents disagree with the “experts”?

Smirk all you want. Oh, those people! They don’t know what’s good for them!
It’s easy to smirk until we bring the situation home.

In the United States, where many so-called “experts” live, constituents are polled constantly. Often, they vote for things against their own personal best interests.

Poor people frequently don’t support the Affordable Care Act and are against increased government spending for public education—things that experts say will improve their lives.

To me, what Sandefur’s study reveals is that

Individual choice can’t be boiled down to the economist’s simple measure of private self-interest.

Perhaps Tanzanians value the idea of government and government-provided services, the way many Americans do not. Perhaps they value the aspiration of something greater than their individual selves. Perhaps there is solace in having a shared welfare.

Indeed, Sandefur writes that, “Anecdotally, one reason respondents cited for favoring government spending over direct distribution during the discussion was that social services encourage a collective voice that helps increase accountability, while cash transfers would focus people on private interests and leave room for corruption.”

“The problem may be a literary one: we are given a single story line about what makes a good life, even though not a few who follow that story line have bad lives. We speak as though there is one good plot with one happy outcome…

…In the traditional worldview happiness is essentially private and selfish. Reasonable people pursue their self-interest, and when they do so successfully they are supposed to be happy. The very definition of what it means to be human is narrow, and altruism, idealism, and public life…have little place on the shopping list.”

We have to broaden the story and allow for others. The goal of private economic welfare is too narrow. Maybe even “happiness” is too constrained. As Solnit suggests, there are many criteria that might make for a good life.

What about those who prefer honor, meaning, depth, engagement, or hope— instead of what the “experts” say should matter?

Tackling extreme subjects can help clarify our values and delineate their boundaries. So let’s mention one that will surely upset a few readers: suicide.

Or at least up to a point.

Physicians in Oregon—a state with a Death with Dignity Act since 1997—deny the vast majority of requests for lethal prescriptions. This fact then begs the question— is someone, other than the person whose life is in question, still the “expert” in the room?

If we value self-determination as an end in itself, it might force us to rethink the very social outcomes —like health, education or even life—that we’re so accustomed to valuing, to measuring.

So maybe the actual question to be asking is

Do we really value self-determination?

I don’t have a clear answer to this question—it requires a subjective and moral answer.

The question makes the sterilized world a little messier, a little more real. Indeed, reality makes us a little uncomfortable.