People of higher social class have less compassion for others. How can feedback help? 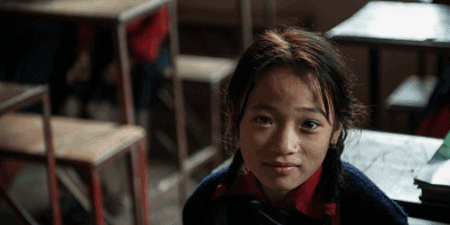 I shifted uncomfortably and looked at the ground. It had never occurred to me to practice status. But it was, after all, an acting class.

Higher status or lower status? I chose the former (of course!) and felt my body automatically contort. The chest puffed out, the stance widened, the chin raised. I channeled Mr. Darcy.

It turns out that most of us don’t have to practice status– it’s a dynamic endowment of capital based on relative social power.

Social psychologists have found that people of higher social class have less compassion for others. In their study, Stellar, Manzo, Kraus & Keltner (2012) find that, “…lower-class individuals exhibited elevated compassionate responses… and a physiological response suggesting an outward, other-focused engagement….”

This particular study looks at status and social power from the perspective of class but we can see the potential correlations with race, gender, ethnicity, whiteness, size, and other markers of social difference. There is, in fact, other earlier work that shows how compassion and altruism are preferentially directed to similar others (Krebs, 1975; Preston & de Waal, 2002; Sturmer, Snyder, & Siem, 2006).

The implications for public policy are huge. It forces us to ask: can providers of public goods and services do a good job if they cannot empathize with their beneficiaries? In the very act of calling the recipients of goods and services “beneficiaries”, are we not creating a system of higher and lower status? Of power and disempowerment?

For those “providers” who haven’t experienced a minor existential crisis that asks this question, I encourage it. But then move on– cautiously.

You can do a good job without devoting your life to asceticism. You can help minorities without becoming one. Experiential knowledge is lovely stuff but acknowledge that you can’t perfectly mimic experience.

Recognize, instead, that the way you perceive others’ experience is different from the way they perceive it.

A significant part of the study looked at perceptions individuals had of others. It suggests, by extension, that the USAID project manager might have less compassion because he doesn’t perceive the “beneficiary” as distressed. Alternatively, to give the project manager some credit, perhaps he doesn’t perceive her to be distressed in the same way that she perceives herself to be distressed.

Working broadly in aid and philanthropy, I’ve found myself awkwardly in intimate boardroom meetings with some of the world’s richest men. Once was with Bill Gates, another time with Paul Tudor Jones II. These people are brilliant and generous. But some of the ways in which we (the plural, so as to include myself) talked of poor farmers in Sub-Saharan Africa or low-income community college students in NYC could not be more abstracted from the “beneficiaries'” perception of reality.

If perception affects compassion, then perhaps we ought to focus on changing our own perceptions.

One way we can think about changing perceptions is through feedback from the people (citizens) that we’re trying to help (empower).

Feedback, in this instance, is about perceptual data– how do others perceive the services they are receiving from you? Increasingly, there is evidence that perceptual data is predictive of the social outcomes that we care about.

There will be the naysayers (typically the “experts” whose status is threatened). They will ask, how self-aware are beneficiaries? How well do they understand complexity and the causal relationship between the services provided and their perceptions?

These are legitimate questions and ones to be further explored. After all, they reflect some perceptions of the world, if not all.

Nonprofit Client Surveys: To anonymize or not to anonymize?
October 27, 2021

Building the Field of Feedback – What Could be Our Ideal Endgame?
October 13, 2021