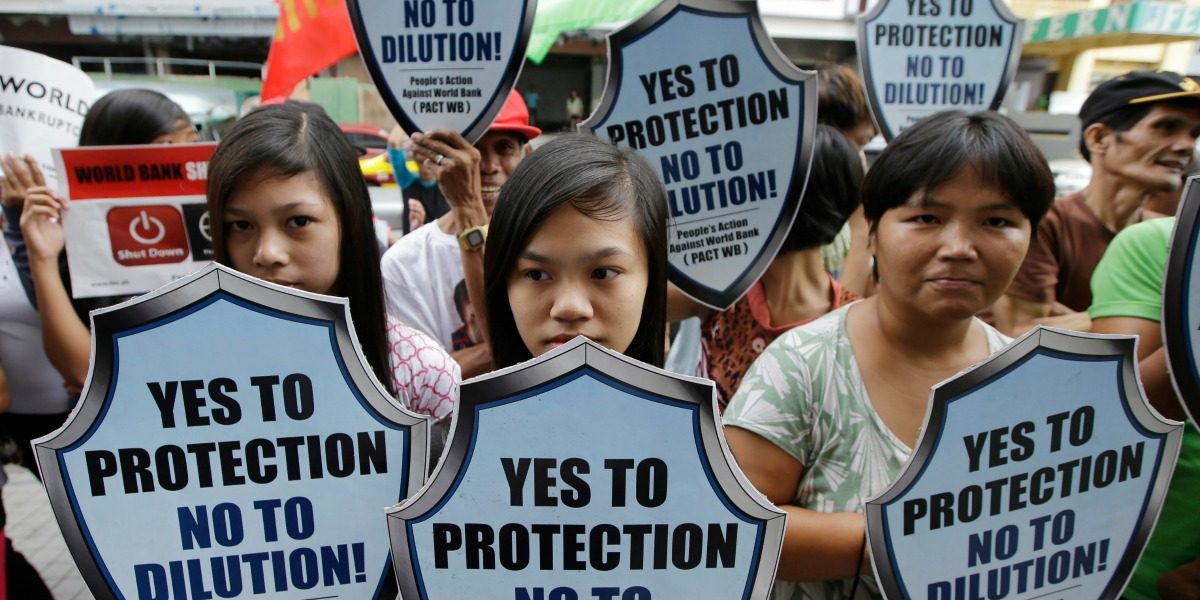 In April of this year, a damning investigative report came out in The Huffington Post. It found that from 2004 to 2013, the World Bank’s projects physically or economically displaced about 3.4 million people.

What does this mean? It means that without warning or compensation, slum-dwellers in Nigeria had their homes demolished because of a bank-financed project. It means that poor fishermen in India could no longer fish because a bank-backed project depleted local fish stocks.

Does whistleblowing result in change? Does the development sector need its own WikiLeaks?

This kind of whistleblowing has led the World Bank to admit that it failed to follow its own rules for safeguarding the lives of the poor and the environment. But it’s really hard to say how the World Bank’s future promises will play out.

More recently, Christian Seelos and Maria May published an article, “Does the Development Sector Need Its Own WikiLeaks?” The authors don’t claim that the answer is “yes” but they do assert that the most important decision factor would be whether it enables the development sector to be better.

What is the alternative to WikiLeaks? Citizen feedback.

At Feedback Labs, this kind of whistleblowing prompts us to think about a hypothetical scenario:

If citizens provided feedback at points along the World Bank project cycle, it would improve their situation and likely reduce the need for this kind of whistleblowing.

Citizen feedback would improve the situation but it begs the question of whether the World Bank is capable of policing itself. According to Human Rights Watch, the World Bank failed to respond to its own internal investigation of a project in Ethiopia. It writes that, “The bank’s response to the investigation findings attempts to distance the bank from the many problems confirmed by the investigation…. Rather than taking on these important findings and applying lessons learned, World Bank management has drafted an Action Plan that merely reinforces its problematic current course.”

How will we get people to take feedback seriously?

The World Bank’s response to the Ethiopia grievances tells us two things:

Will the World Bank’s Citizen Engagement strategy cause project designers and implementer to take feedback seriously? Will it reduce future instances of whistleblowing? The strategy aims to incorporate beneficiary feedback in all projects by fiscal year 2018.

At Feedback Labs, we think the Citizen Engagement initiative is a great start to reforming how the bank does business.

Meanwhile, though, we continue to encourage the sector to take feedback seriously by building our case that feedback is:

Nonprofit Client Surveys: To anonymize or not to anonymize?
October 27, 2021

Building the Field of Feedback – What Could be Our Ideal Endgame?
October 13, 2021