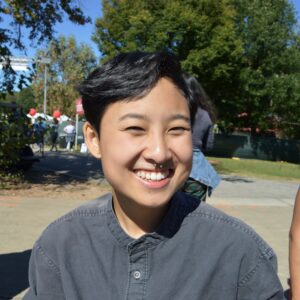 Conor Huynh is the Operations Associate at Feedback Labs. He is responsible for managing and supporting operations and finances.

Previously, Conor supported operations at the National Queer Asian Pacific Islander Alliance (NQAPIA), where he contributed to their mission to develop grassroots LGBTQ+ API leadership and challenge homophobia, racism, and anti-immigrant bias. He received his B.S. in Psychology and his minor in Asian American Studies from the University of Maryland, College Park. While at UMD, he helped lead a research group focusing on affirmative action and the importance of ethnic data disaggregation in the Asian American community.

Conor believes in leveraging feedback to benefit marginalized + historically excluded communities. In his spare time, you can find Conor hiking, at the bouldering wall, or propagating yet another plant.

Make new mistakes, not old ones.

Back to Team
Go to Top